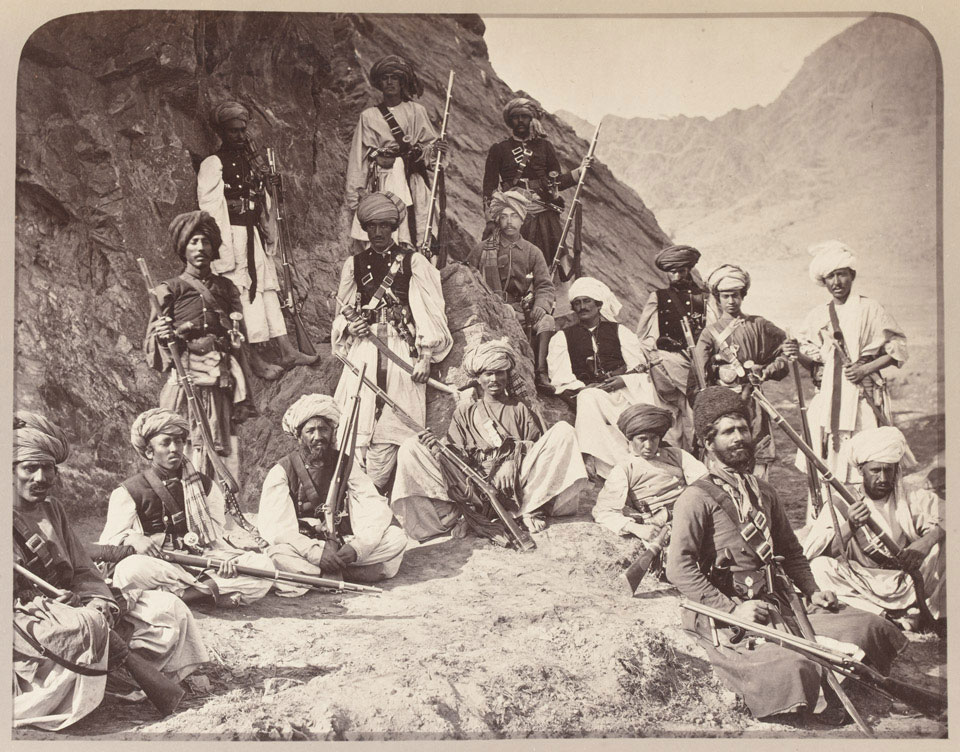 The Khan of Lalpura and followers, with political officer, 1878

The line of communication to India through the Khyber Pass was of vital importance to General Roberts' field force in Kabul, and at first the Mohmand tribesmen of the Afghan frontier region were wary and only intermittently hostile. Dating from 1879, this photograph shows a working relationship between the Khan of Lalpura, the leading Mohmand chief, and, at his right shoulder, seated behind the rock, the British political officer in the Khyber, Captain (later Colonel Sir) Robert Warburton, the dashing son of a British army officer and an Afghan princess. A year later, however, after Roberts' arrest of Yakub Khan's wife - who was also the Khan of Lalpura's daughter - for spying, the outraged Mohmands began systematically to harass the British line of supply near Jellalabad.