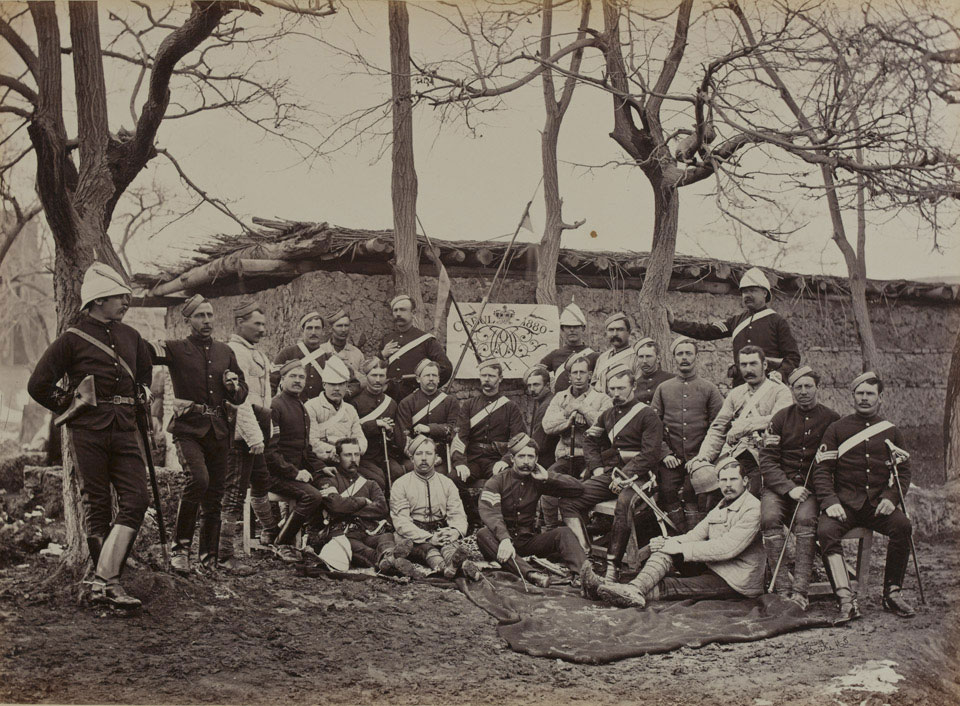 The 9th (Queen's Royal) Lancers, part of Brigadier-General William Massy's Cavalry Brigade, accompanied Major-General Frederick Roberts' army to Kabul in October 1879. During operations in the Chardeh plain, west of Kabul, on 11 December 1879, the regiment was badly mauled, losing 18 officers and men killed, and ten more wounded, as well as 46 horses. The 9th Lancers remained in Kabul until August 1880, when it joined Roberts' epic 300 mile relief march to Kandahar.