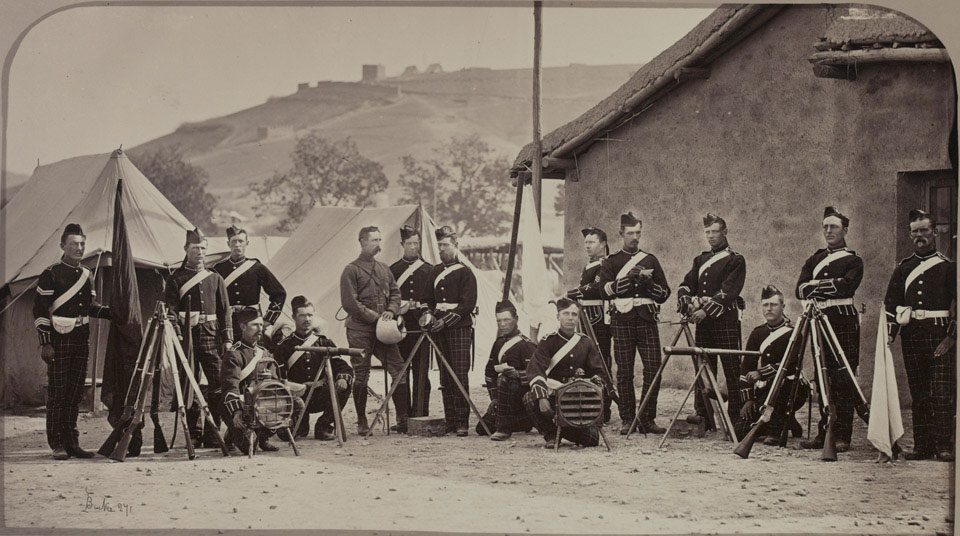 Soldiers of the 72nd (Duke of Albany's Own Highlanders) Regiment, 1879

Soldiers of the 72nd (Duke of Albany's Own Highlanders) Regiment in Afghanistan exhibit the range of signalling devices available before the advent of either the field telephone or radio. Flags enabled the relaying of messages by semaphore. The Mance heliograph, a small mirror mounted on a tripod, worked by reflecting sunlight in order to flash messages in Morse code: on 22 April 1880, news of the Battle of Ahmed Khel was relayed by heliograph to another British column 50 miles away. At night, when there was no sunlight, the shuttered Aldis lamp was used to flash signals instead. Finally, the signallers' telescope enabled them to see long distance messages more easily.