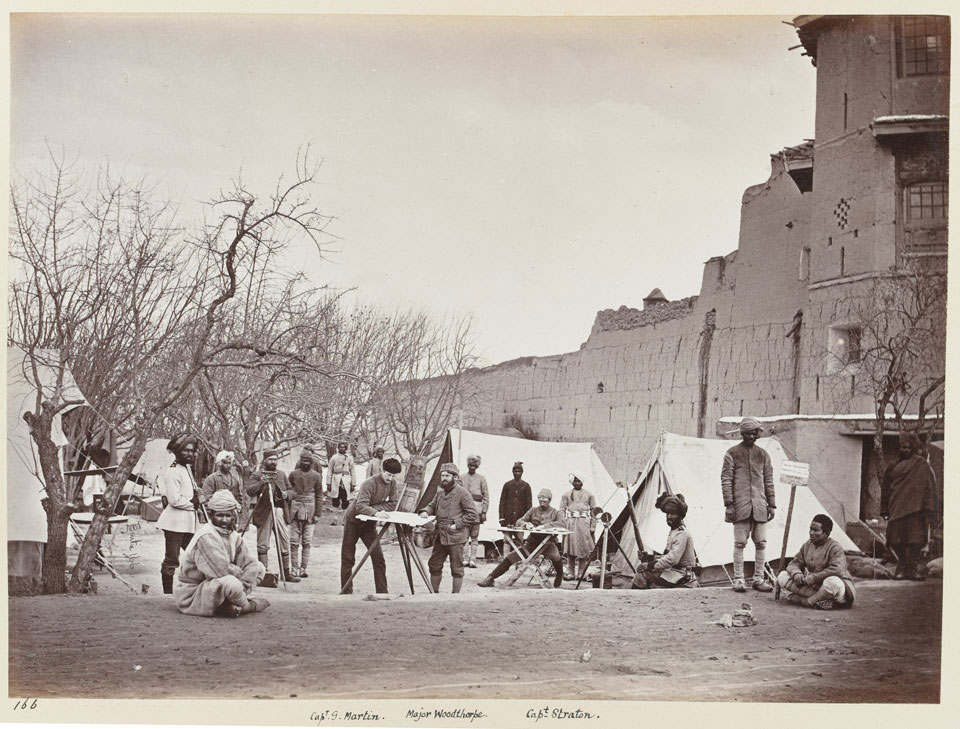 British signallers pose with Mance heliographs. This instrument was a small mirror mounted on a tripod and worked by reflecting sunlight in order to flash messages in Morse code: on 22 April 1880, news of the Battle of Ahmed Khel was relayed by heliograph to another British column 50 miles away. At night, when there was no sunlight, the shuttered Aldis lamp was used to flash signals instead.

From an album of 60 photographs by John Burke, 1878-1880. Associated with Major General Frederick Sleigh Roberts.