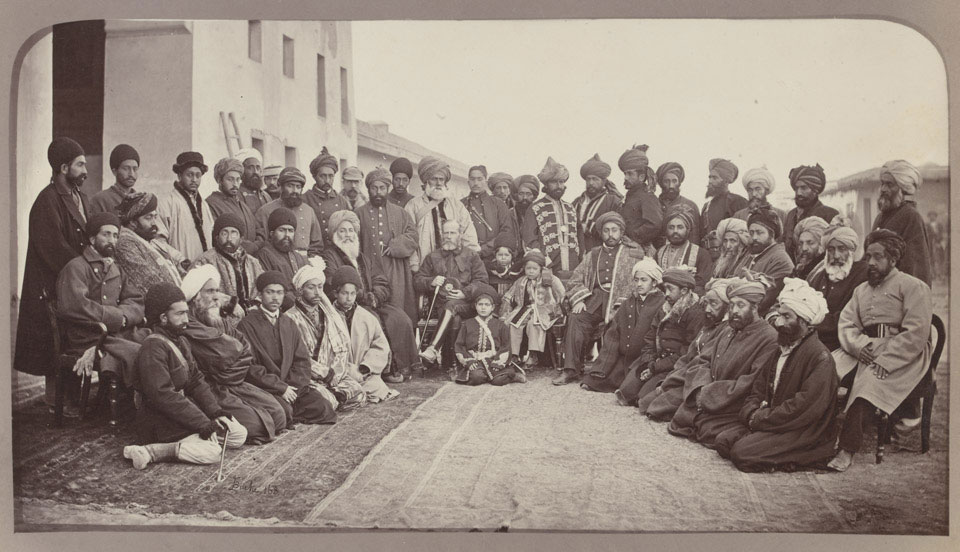 A sirdar was an Indian term for a chief or nobleman. Burke took this photograph of the Kabul sirdars when he was with General Frederick Roberts' Kabul Field Force which had entered the city in October 1879 following the murder of Sir Louis Cavagnari and his escort. He remained with the soldiers, photographing the city and its inhabitants, until the Field Force's departure in May 1880.