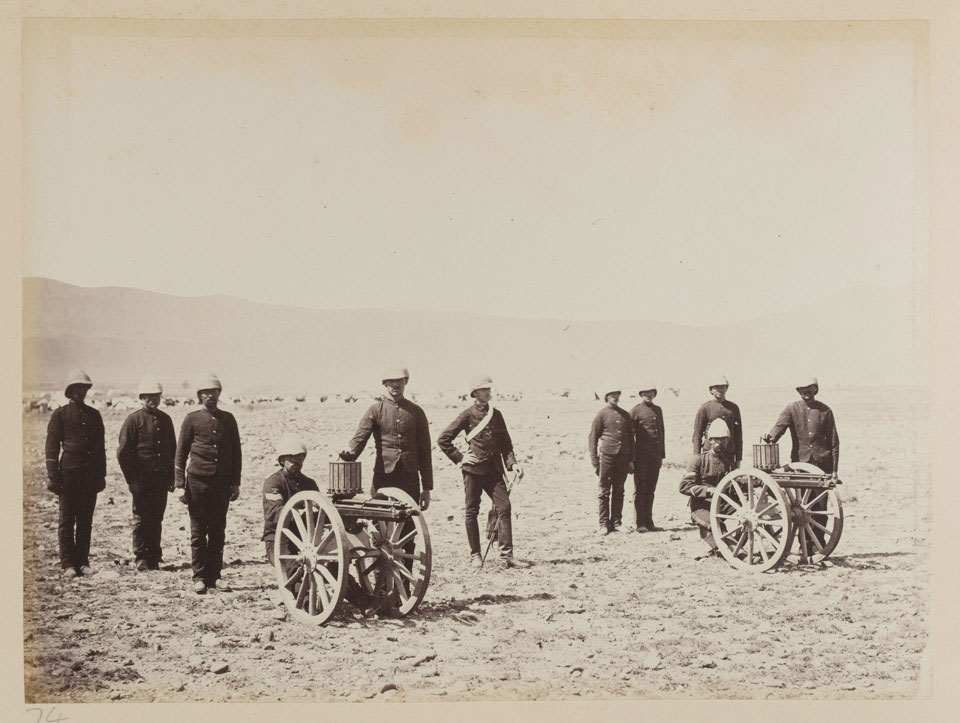 A group of soldiers with two Gatling guns, 1879

The Gatling Gun had been invented in the USA in 1862 and first purchased for use by the British Army in 1871. These two Gatling Guns had arrived in the Kurram in April 1879, and although a shortage of spare parts limited their effectiveness, General Roberts took them with him when he marched on Kabul in October 1879. The first of them jammed almost immediately during the Battle of Charasiab outside Kabul on 6 October, but Roberts kept faith and they proved their worth in the defence of the Sherpur Cantonment during the great Afghan assault of 23 December 1879.

From an album of 115 photographs.