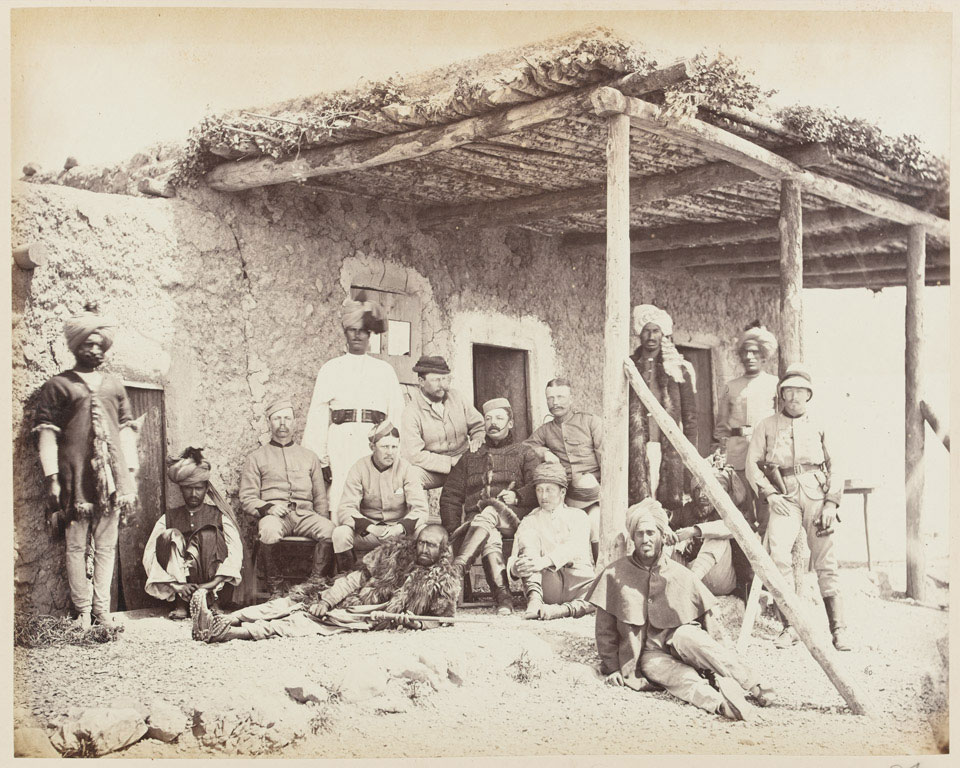 The variety of clothing worn on campaign is clearly shown in this photograph of Punjab Frontier Force officers. The 5th Regiment of Infantry (later known as Vaughan's Rifles) were based on the North West Frontier of India in the years before the 2nd Afghan War (1878-1880). The regiment fought in many of the major battles in the first years of the war, including Peiwar Kotal, Charasiah and Kabul.

From an album of 115 photographs.