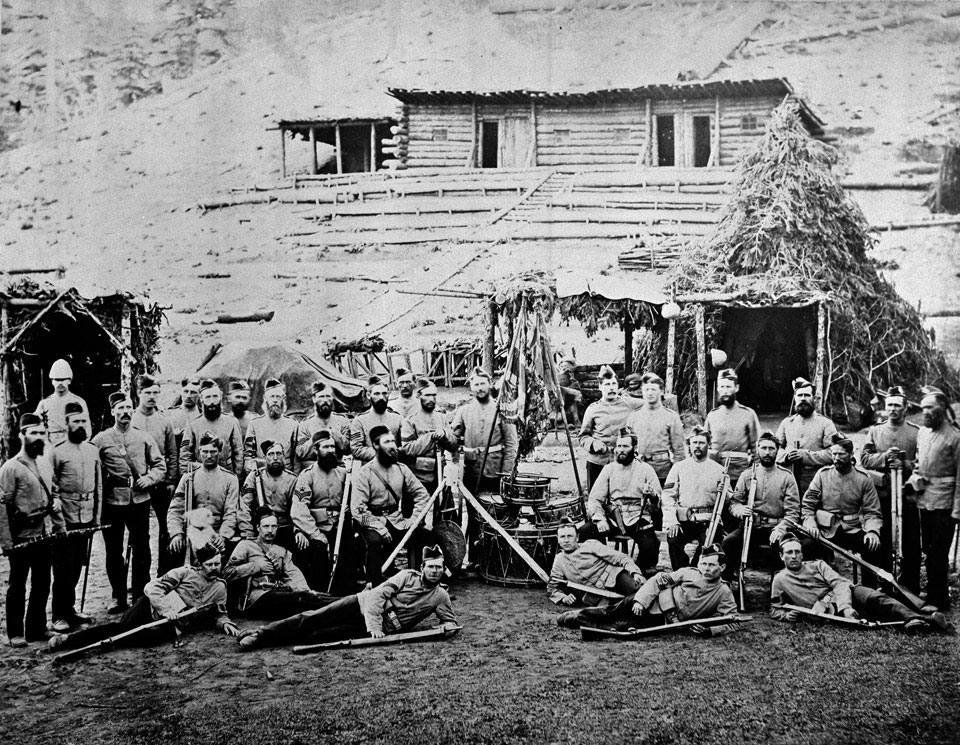 Non-commissioned officers of the 8th (The King's) Regiment of Foot, 1879

During the 2nd Afghan War the 2nd Battalion of the King's Regiment were part of the Kurrum Field Force and fought at the Battle of Peiwar Kotal (1878). Members of the battalion are shown here in khaki uniforms. As khaki-manufactured uniforms were not always available, the soldiers often had to make their own by dying their white summer uniforms with coffee, tea, curry powder and all kinds of dyes. Khaki drill service dress was introduced universally in India from 1885.

From album of 115 photographs by Bourne and Shepherd, 1878-1880; associated with Major General Frederick Sleigh Roberts.