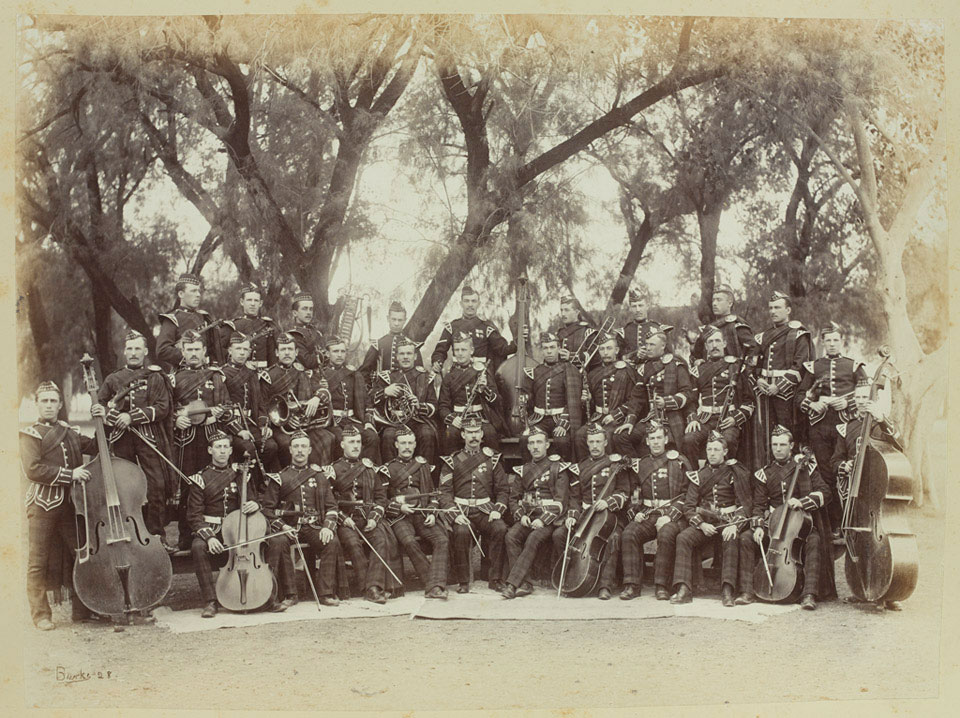 Although the King's Own Scottish Borderers had a traditional regimental pipe band, its members also played in a variety of musical ensembles, including strings. Members of the latter are shown here in their Leslie tartan trews. That pattern was the family tartan of the Earl of Leven who had raised the regiment in the 17th century.

From an album of 25 photographs, entitled, 'Farewell Entertainment to Lord Roberts from the Punjab and Kashmir Jan: 8 & 9 1893'.