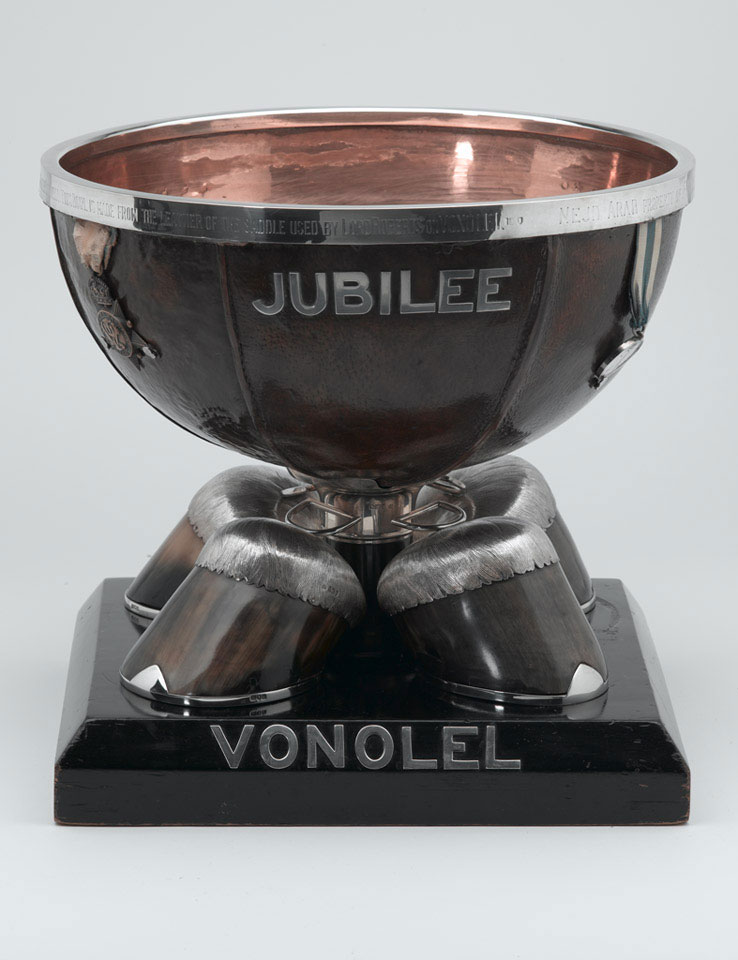 Although little bigger than a pony, 'Vonolel' (1872-99) was his master's only reliable horse during the 2nd Afghan War (1878-80) and carried Roberts on the celebrated march from Kabul to Kandahar. Thereafter he became a familiar sight at ceremonial parades and camps of exercise throughout India. He accompanied Roberts to Ireland where the latter served as Commander-in-Chief 1895-1899.

Most unusually for a horse, Vonolel was awarded medals for his military service by Her Royal Highness Queen Victoria. These were the Afghan medal, the Kandahar Star and the 1897 Jubilee medal. He wore them when he had the special honour of parading behind the royal carriage as part of the Queen's Diamond Jubilee celebrations in June 1897.

When he died Vonolel was buried with full military honours, but his hooves were kept, along with his saddle and medals to create this unique memento.