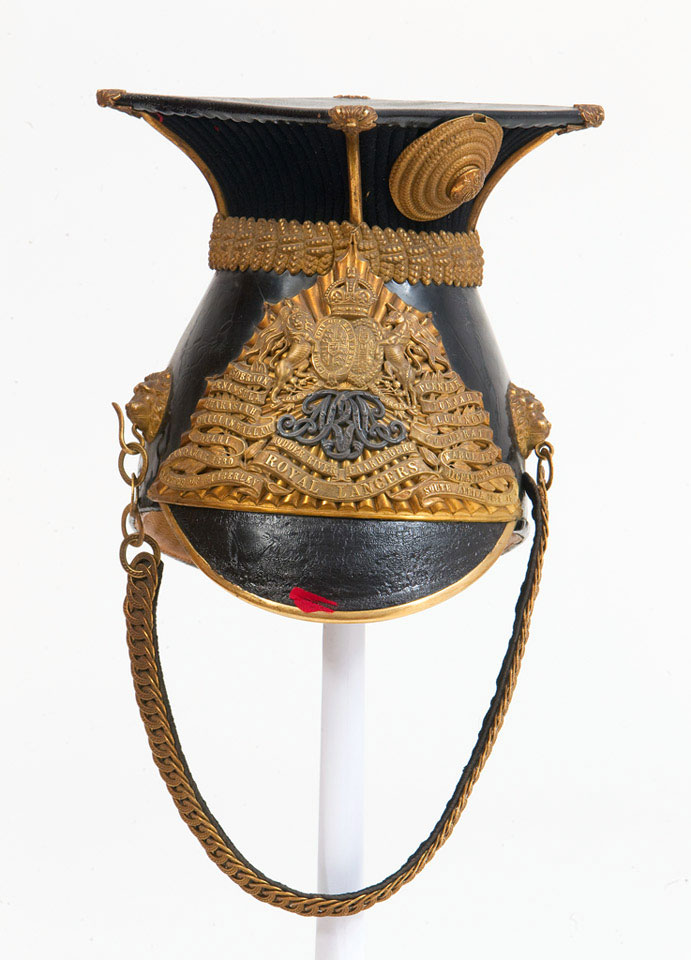 The chapka was a type of helmet worn by 19th century Polish light cavalry and later adopted by another nations, including Britain.

In August 1914 Hume's regiment was in Belgium with the British Expeditionary Force (BEF). On 24 August during the Battle of Mons, they charged a large body of German infantry who were advancing to encircle the 5th Division at Audregnies. This famous action saw Captain Francis Grenfell win the Victoria Cross.

Like almost all other cavalry units, from 1915 to 1918 the 9th Lancers served on dismounted duties in the trenches of the Western Front.