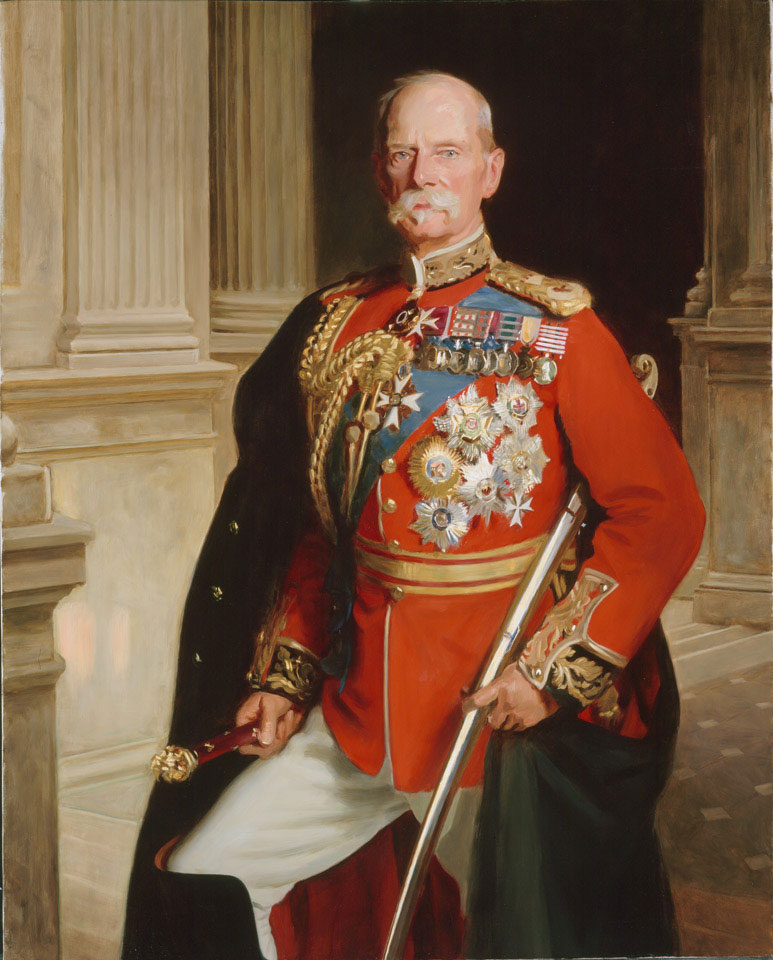 Frederick Sleigh Roberts (1832-1914) was commissioned into the Bengal Artillery in 1851. His subsequent career was spent almost entirely as a Staff officer but he still saw a good deal of active service. Roberts won the Victoria Cross in the Indian Mutiny (1857-1859), but first came to public notice when he led his troops on the legendary 480 km march from Kabul to Kandahar, during the 2nd Afghan War (1878-1880). In 1885 he succeeded to the post of Commander-in-Chief, India, a position he led until 1893.

After the early reverses of the Boer War (1899-1902), Roberts took over command of the British forces in South Africa. From 18 December 1899, together with his Chief of Staff Major-General Horatio Herbert, Lord Kitchener, he revitalised the British military effort. Aged 68, he finally handed over command to the latter on 29 November 1900. Roberts then served as the last Commander-in-Chief of the British Army for three years before the post was abolished in 1904.