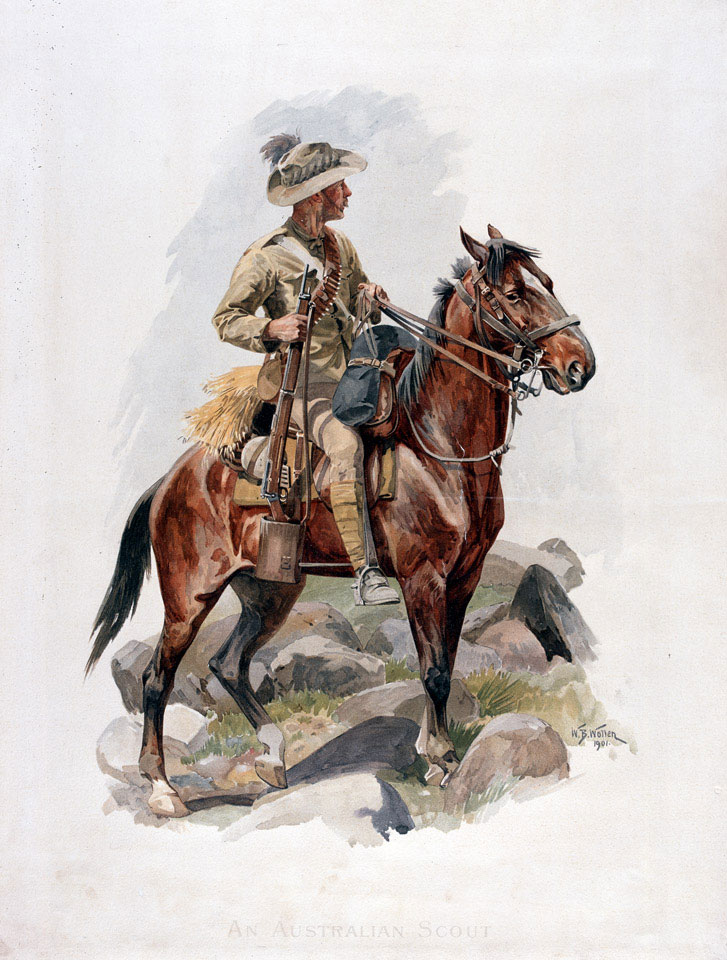 Chromolithograph after William Barns Wollen (1857-1936). Number 9 in the series 'The King and His Fighting Men', published by Lawrence and Bullen Limited, London, 1901.

A high percentage of the men enrolled in the first Australian contingents destined for South Africa were drawn from either the Permanent Army or the Militia, and already had the benefit of training and discipline. The new recruits, selected because of their horsemanship and marksmanship, were given a month's instruction before leaving Australia. Initially, the British expressed a preference for infantry, so the first contingents included a number of infantry companies, but these were converted to mounted infantry almost as soon as they reached the theatre of operations, where the need for mobility had been well recognised.

Australians had the advantage over British troops in that the veld was similar to the Australian outback. Many were experienced horsemen, used to an outdoor life, and made expert mounted infantrymen, able to meet the Boers on their own terms.