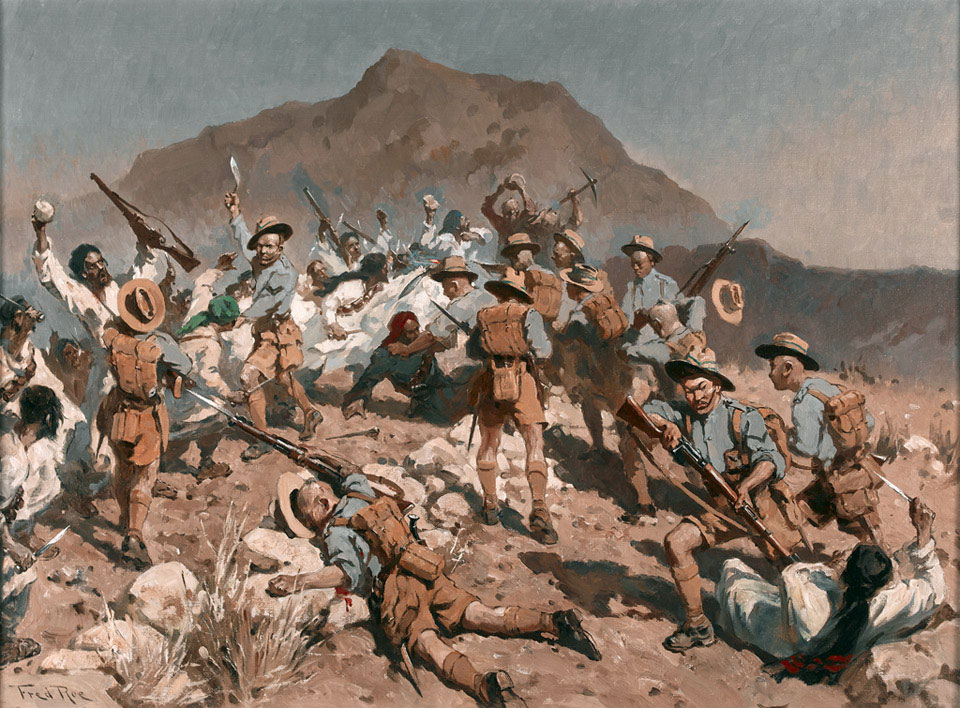 In January 1920, the 2nd Battalion 5th Gurkha Rifles joined a force comprising of the 67th Brigade and the Derajat Column. Their mission was to capture and advance through Ahnai Tangi, in the Himalaya Mountains, during a period of unrest by Mahsud tribesmen following the Third Afghan War (1919).

The painting depicts the intense fighting to capture the areas of high ground held by the enemy. The gorge of Ahnai Tangi is about 72 metres long and only 27 metres wide, its sides are precipitous and rise to a height of 45 metres above the river bed.

One of the main features of the fighting was the enemy's use of British military tactics, since many of them were deserters from the Indian Army or militia. As a result, the Column sustained heavy casualties including Lieutenant-Colonel J. D. Crowdy, DSO, who led a charge to beat off an enemy attack.