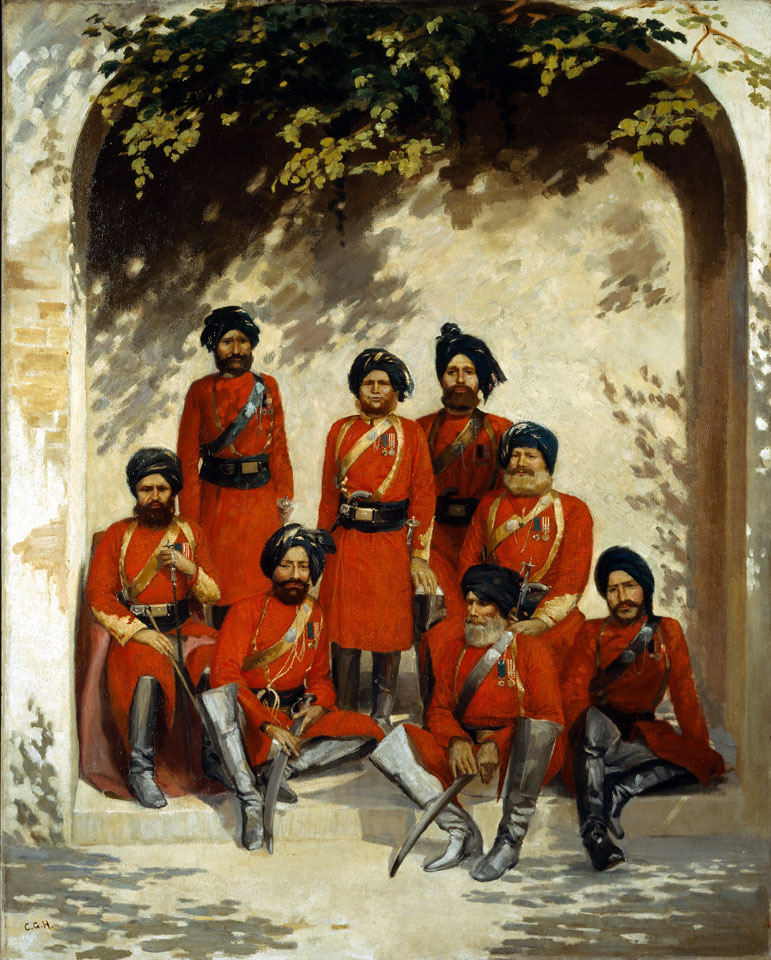 A group of Indian Army Officers and Non-Commissioned Officers, all holders of the Indian Order of Merit, seated and standing under an exterior archway.

The painting was based on photograph taken as early as 1859 of eight officers and NCOs awarded the IOM for gallantry in action during the Indian Mutiny (1857-1859). However, alongside the IOM stars, the artist has added Indian Mutiny medals which were not distributed until 1863.

The sitters are Rissaldars Bishan Singh and Hakdad Khan; Daffadars Bishan Singh, Sarmukh Singh and Panjab Singh; and Jemadars Jamyat Singh, Jiwan Singh and Sher Singh. Jamyat or Jumeeyuyt Singh, standing at the back on the right was responsible for saving the life of Captain (later Major-General Sir) Dighton Probyn early in the Mutiny and on 31 August 1858 he was one of the three men who saved Captain (later General Sir) Samuel Browne at Seerporah, in the action for which the latter won the VC but lost his arm.

First raised at Lahore in 1849 by Sam Browne when a Lieutenant, the regiment was titled the 2nd Regiment Punjab Cavalry. Also known as Sam Browne's Cavalry, it also saw action during the 2nd Afghan War (1878-1880).