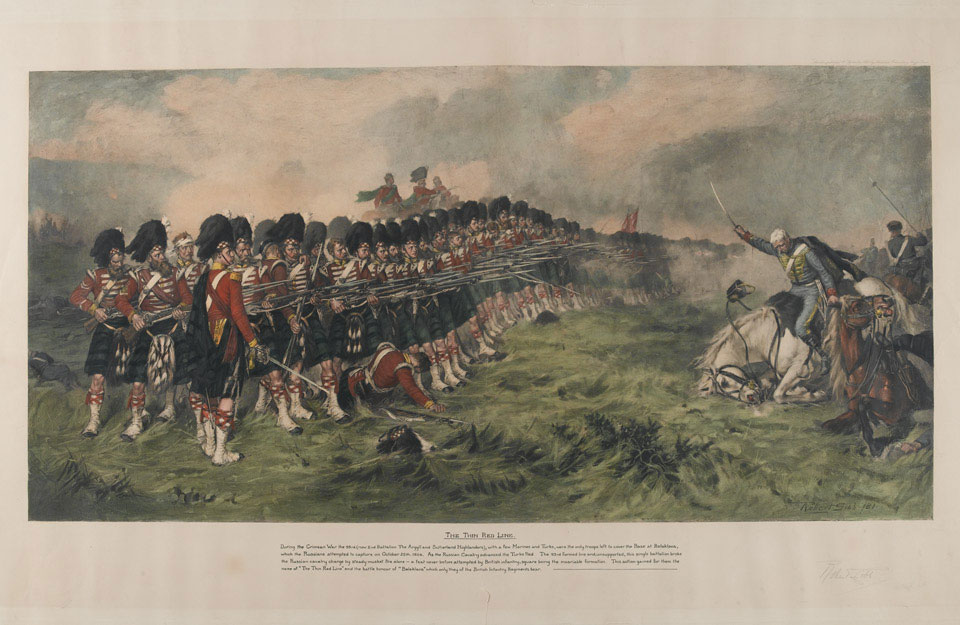 This coloured reproduction of an oil painting by Robert Gibb, 1881, depicts the stand of the 93rd (Highlanders) Regiment of Foot at the Battle of Balaklava during the Crimean War (1854-1856).

At a crucial moment during the battle, a strong body of Russian cavalry swept towards the British-held port. All that stood between them and the British base were six companies of the 93rd (Highland) Regiment of Foot under the command of Sir Colin Campbell. Drawn up in ranks two deep- a 'thin red streak' as the journalist William Howard Russell described them- the Highlanders fired two volleys which turned the Russians back. The artist has depicted the Russians approaching too close, for in reality the range and accuracy of the Minié rifle sent them into retreat at a distance of 230 metres.