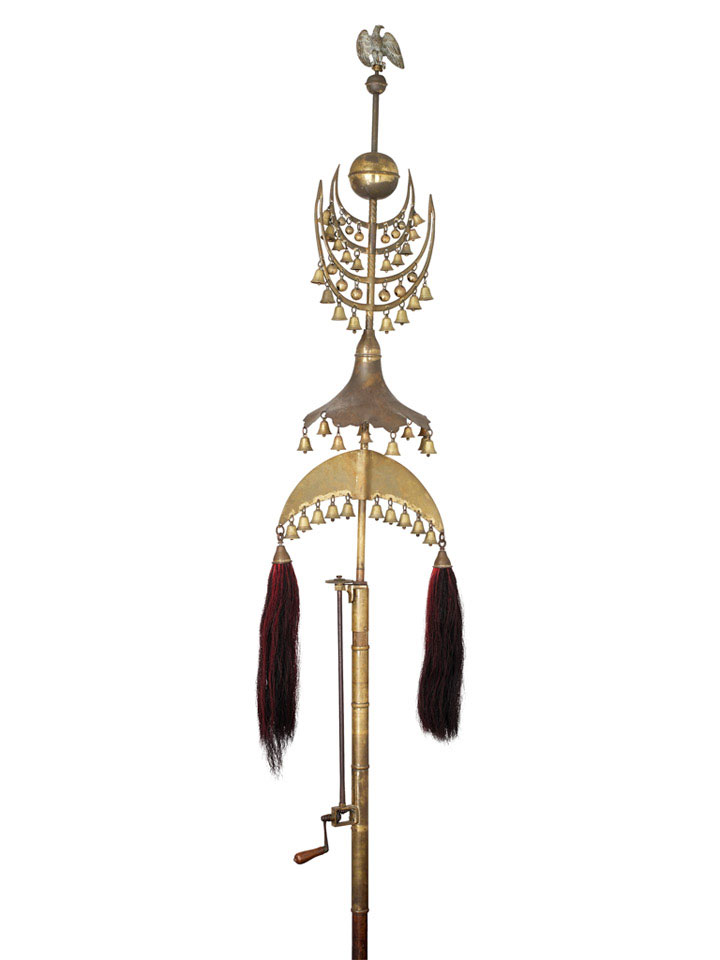 A military musical instrument called a 'Turkish Crescent' or 'Jingling Johnny'. It is played by rotating the handle, causing the whole device to rapidly spin and the bells to jingle rhythmically.

These musical instruments were popular in the Middle East in the 18th century, and French troops fighting in Egypt under Napoleon captured several of them. Some of the French regiments who fought at Waterloo carried these exotic instruments as spoils of war. This particular instrument was captured from the French in 1812 by the 88th (Connaught Rangers) at the Battle of Salamanca during the Peninsular War (1808-1814).