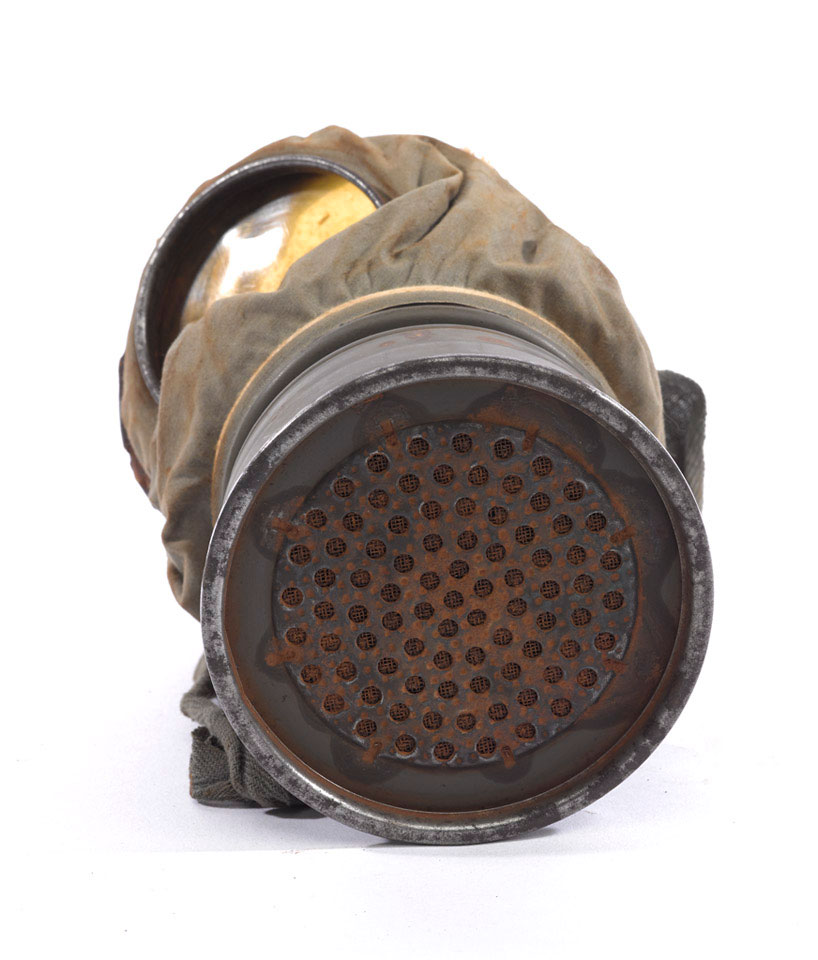 This German Army respirator belonged to a soldier in a German Guards regiment. It was collected by Lieutenant-Colonel Henry Jourdain of the Connaught Rangers during the attack at Langemarck between 16 and 18 August 1917. Langemarck was the second Allied attack of the 3rd Battle of Ypres and the drive towards Passchendaele. During the battle, while both sides were hampered by the heavy rain, the French made substantial gains in particular and the British were able to take some ground, but German counterattacks forced them back.

Following the outbreak of the First World War, Jourdain took command of the 5th (Service) Battalion of the Connaught Rangers. They were soon sent to Gallipoli and fought there, before serving in Salonika and Palestine before they were sent to the Western Front. They fought at Messines Ridge, before fighting in the Passchendaele campaign.