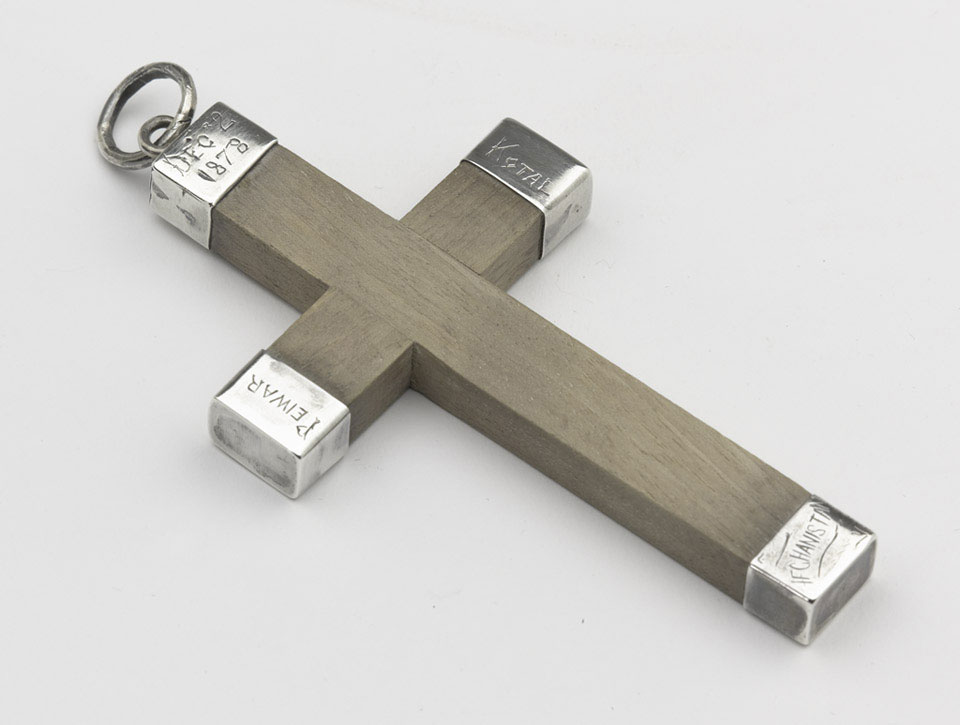 Cross made from woodwork of Afghan guns captured by the 8th (The King's) Regiment of Foot at Peiwar Kotal, 1878

Colonel Drew led the 8th (The King's) Regiment of Foot during Major-General Frederick Roberts's assault on the Peiwar Kotal in December 1878. In an earlier confidential report Roberts had expressed his misgivings; 'Colonel Drew is an officer in whom I have no confidence; his battalion is not in good order and he himself has neither the firmness nor energy required for the efficient command of a young regiment.' In the event Drew led his men across two deep ravines and up the final ascent, and was the first man on to the Peiwar Kotal. During the attack 17 Afghan guns were taken.