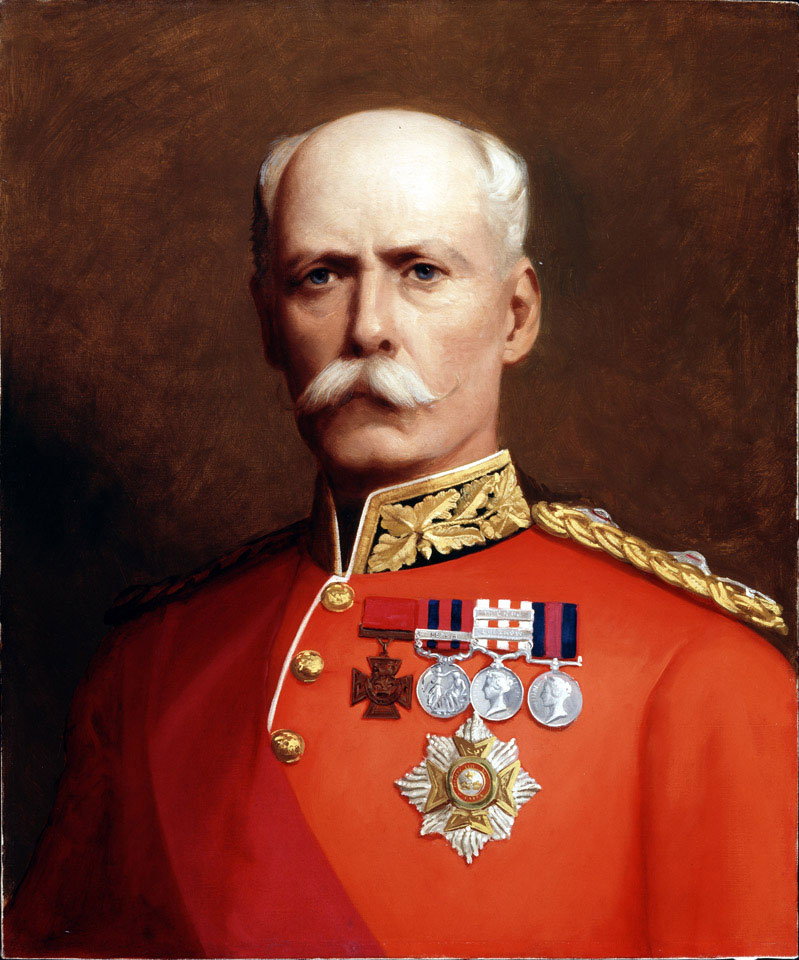 Born in Cawnpore, India, the son of Major-General Henry Havelock and his wife, Henry Marsham Havelock (1830-1897) was a lieutenant in the 10th Regiment (Lincolnshire) of Foot when he won the Victoria Cross (VC) on 16 July 1857 at Cawnpore. According to the London Gazette, 15 January 1858:

'In the combat at Cawnpore, Lieutenant Havelock was my aide-de-camp. The 64th Regiment had been much under artillery fire, from which it had severely suffered. The whole of the infantry were lying down in line, when, perceiving that the enemy had brought out the last reserved gun, a 24-pounder, and were rallying round it, I called up the regiment to rise and advance.

Without any other word from me, Lieutenant Havelock placed himself on his horse. In front of the centre of the 64th, opposite the muzzle of the gun. Major Stirling, commanding the regiment, was in front, dismounted, but the Lieutenant continued to move steadily on in front of the regiment at a foot pace, on his horse. The gun discharged shot until the troops were within a short distance, when they fired grape. In went the corps, led by the Lieutenant, who still steered steadily on the gun's muzzle until it was mastered by a rush of the 64th.

(Extract of a telegram from the late Major-General Sir Henry Havelock to the Commander-in-Chief in India, dated Cawnpore, August 18th, 1857)'.

Havelock was invested with the VC by Queen Victoria at Buckingham Palace on 8 June 1859. A year earlier he had been granted the baronetcy originally intended for his father (who died at Lucknow in 1857). He also inherited Blackwell Grange, the former property of his cousin Robert Allan, and changed his surname to Havelock-Allan as required in the will. Havelock-Allan then served during the New Zealand War (1863-1865) and as aide-de-camp to the Governor General of Canada from 1867 to 1869. He later became MP for Sunderland (1874-1881) and South East Durham (1885-1892). He also became colonel of the Royal Irish Regiment.

Two years later Havelock-Allan went to India to investigate criticisms which had been made on the state of discipline in the 2nd battalion of his old regiment. Whilst there he was attached to Sir William Lockhart's punitive expedition to the Khyber Pass and was killed by an Afridi sniper on 30 December 1897.