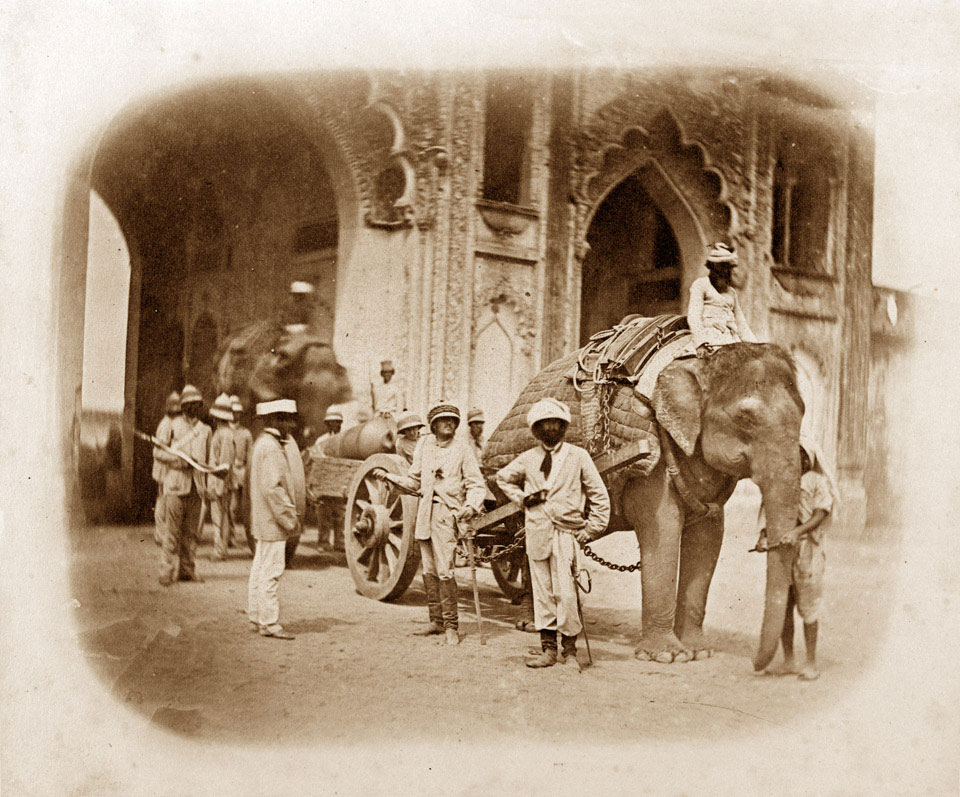 An elephant pulling a field gun, 1858

In ancient times elephants were used as weapons that charged the enemy in order to trample and terrify them. The famous Carthaginian general Hannibal crossed the Alps with elephants and attacked the Romans during the 2nd Punic War (218-202 BC). Elephants could also carry or pull heavy loads. While their use as war elephants eventually died out, their transport and logistics role continued right up to the 20th century. The Indian Army needed elephants to move its guns and supplies and assist in engineering projects.

As late as the Second World War (1939-1945) elephants were still being used in India and Burma. This was not only as a means of transport, but also as a way of building bridges and roads in remote areas where it was impossible to use vehicles. The Indian elephant (shown here) reaches a height of three metres (10 ft), and is smaller than its African cousin. Although African elephants can be trained, the Indian elephant has the longer tradition of service to humans. Today, Indian elephants are still used for logging, especially in mountainous areas.