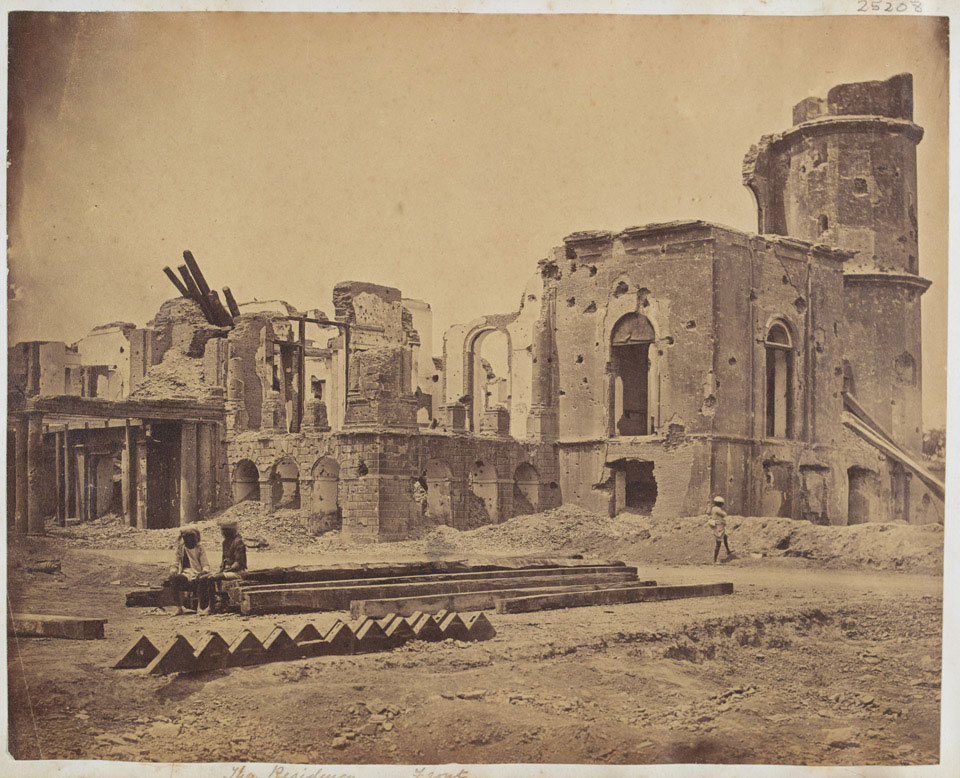 The front of the Residency, Lucknow, 1858

The epic siege and relief of the Lucknow Residency was one of the most famous incidents of the Indian Mutiny. The mutineers began attacking the Residency compound on 4 July 1857. Sir Henry Lawrence, Chief Commissioner of Oudh, was killed almost immediately when a shell exploded in the room where he was resting. Command passed to Colonel John Inglis of the 32nd (Cornwall) Regiment of Foot, which formed the main British part of the garrison. The Residency itself stood on high ground above the River Gumti, overlooking the city. In this image, Beato deliberately positioned an Indian to mark the room in which Lawrence had been mortally wounded.