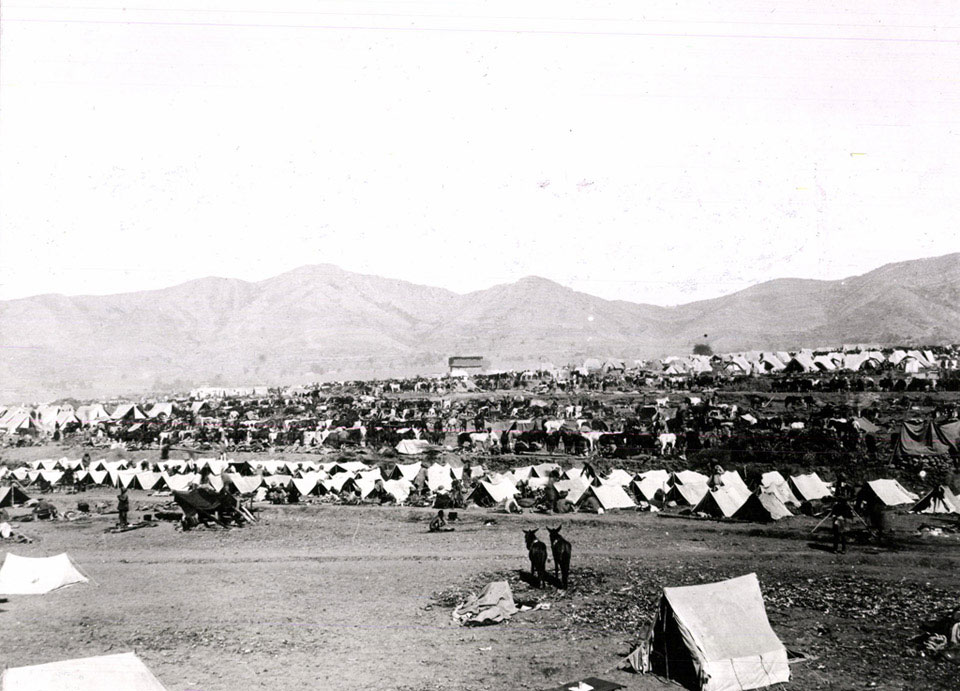 In October 1897, Lieutenant-General Sir William Lockhart's Tirah Field Force campaigned against the Afridis and Orakzais in the Tirah. The two tribes had attacked several forts, but also captured posts in the Khyber Pass, which bordered the north of their territory.

After fighting a major battle at Dargai, Lockhart's force then fought its way into Tirah and established a fortified camp at Maidan from which columns were sent out to pacify the surrounding valleys and regain control of the Khyber Pass. The expedition lasted until January 1898 and cost the British 287 dead and 853 wounded.

From an album of 53 photographs, Bombay Sappers and Miners.