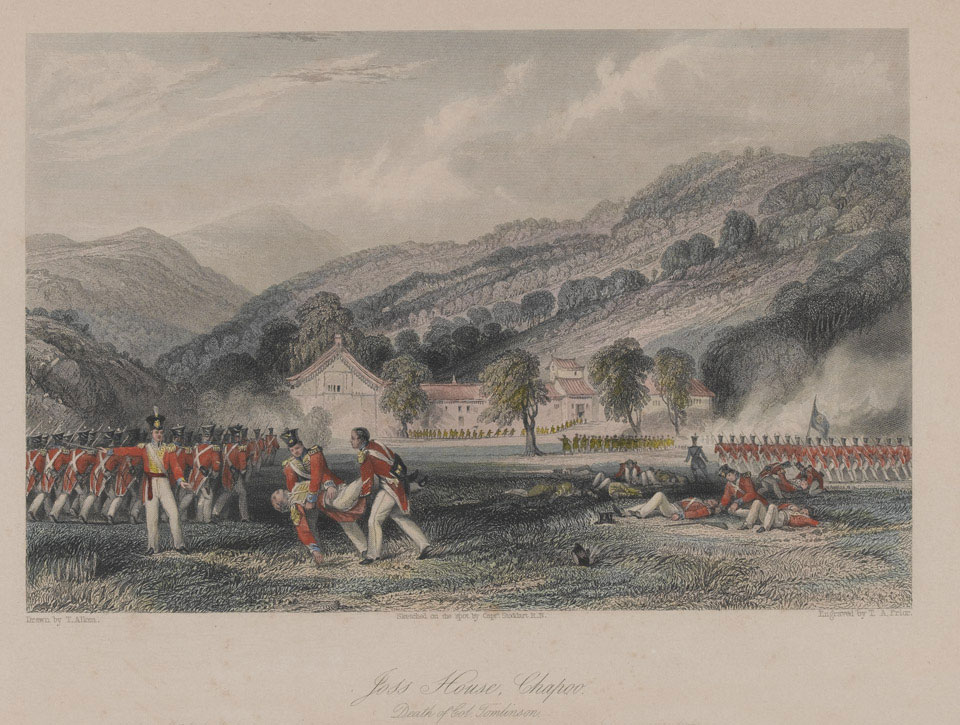 Coloured engraving by T A Prior after T Allom from a sketch by Captain Stoddart, RN, No 3 in the series, published by Fisher, Son & Co, London and Paris, 1842 (c).

The British captured Chapu on 18 May 1842, an operation that witnessed brave Chinese resistance. Many Chinese troops only surrendered after their defences had been breached and their enclosures set on fire by rockets. During the assault, nine British soldiers and sailors were killed and 55 wounded. One of the dead was Lieutenant-Colonel Nicholas Tomlinson, commander of the 18th (Royal Irish) Regiment of Foot.