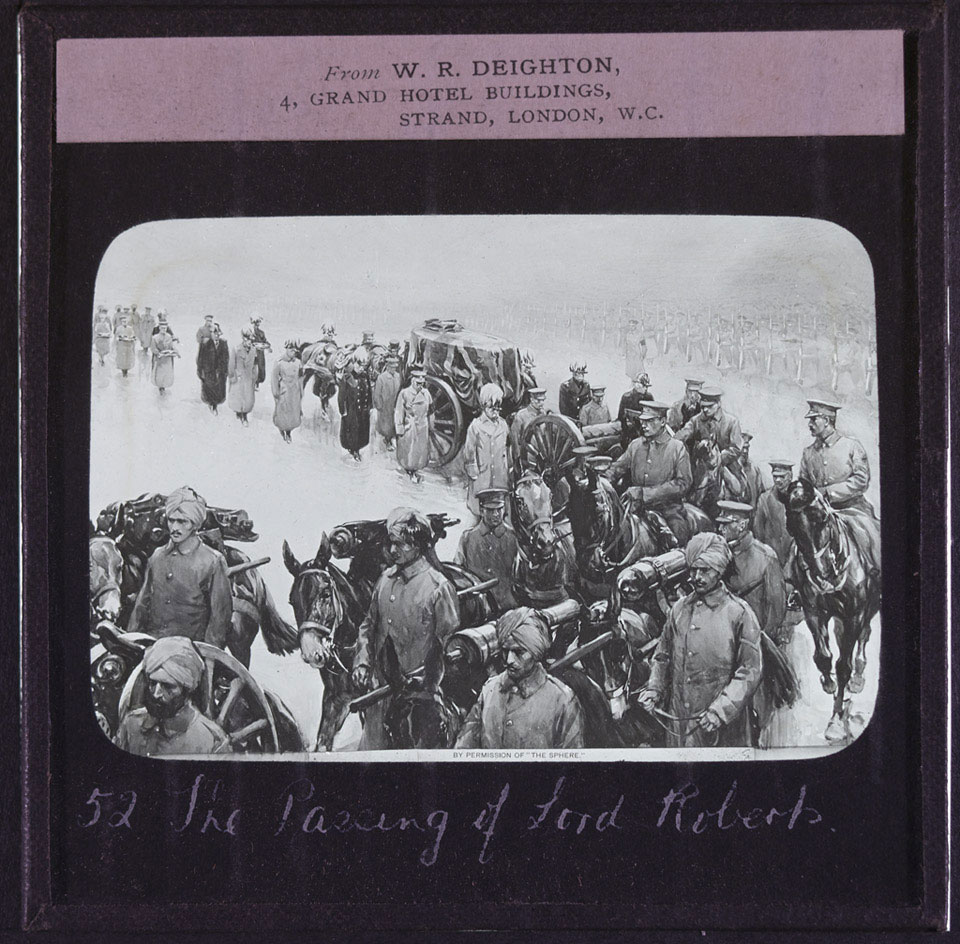 Reproduction of an illustration from 'The Sphere', 1914.

Field Marshal Lord Roberts died of pneumonia at St Omer, France, during a visit to Indian troops on 14 November 1914. He received a service there (depicted here) which was attended by British and Indian soldiers and the Prince of Wales. His coffin was then returned home. After lying in state in Westminster Hall, one of only two non-Royals to do so in the 20th century, the other being Winston Churchill, he was given a full state funeral.