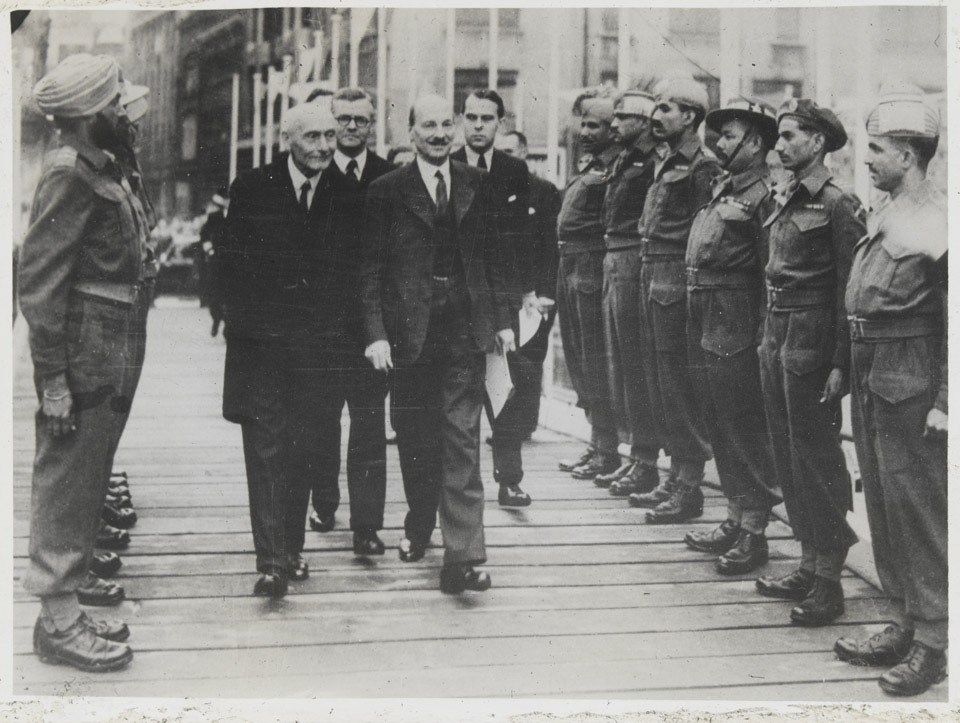 The 10th Division had fought in Iraq, Syria and Iran before moving to North Africa for the battle for Libya. It fought at El Adem during the Battle of Gazala and then saw action at Mersa Matruh during Eighth Army's retreat to El Alamein. The division then went to Cyprus for regrouping and training. In March 1944 it was posted to Italy, where it faced hard fighting with the Eighth Army, including the breaking of the Gothic Line. Atlee was Prime Minister when India and Pakistan gained their independence on 14 and 15 August 1947.

From a collection of photographs relating to World War Two.