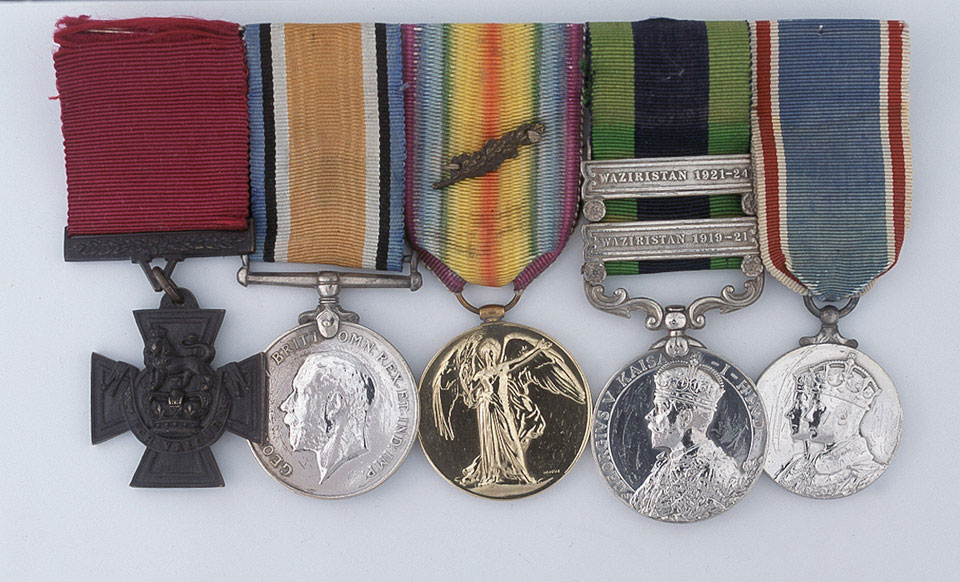 Major George Campbell Wheeler won the Victoria Cross (VC) for his actions at Shumran in Mesopotamia on 23 February 1917. Together with one Gurkha officer and eight men, he crossed the River Tigris and immediately rushed the enemy's trench in spite of the heavy bombing, rifle, machine gun and artillery fire to which they were being subjected. The party of which Major Wheeler had command were successful in obtaining a footing on the river bank, when almost immediately a strong detachment of the enemy with bombers launched a violent counter-attack. At once Wheeler led a charge with another officer and three men against the on-coming enemy when he received a severe bayonet wound to the head. In spite of this, he continued to lead and disperse the enemy and save the situation.

Wheeler was born on 7 April 1880 and joined the Indian Army on 20 January 1900 as a second lieutenant unattached. After being awarded the VC he subsequently commanded the 1st Battalion of the 9th Gurkha Rifles from 1923 until 1927. Wheeler retired to Barton-on-Sea where he died in 1939. He also received the British War Medal 1914-20, Allied Victory Medal 1914-19 (with Mention in Despatches clasp), the India General Service Medal 1908-35, with clasps for Waziristan 1919-21 and Waziristan 1921-24 and the King George VI Coronation Medal 1937.