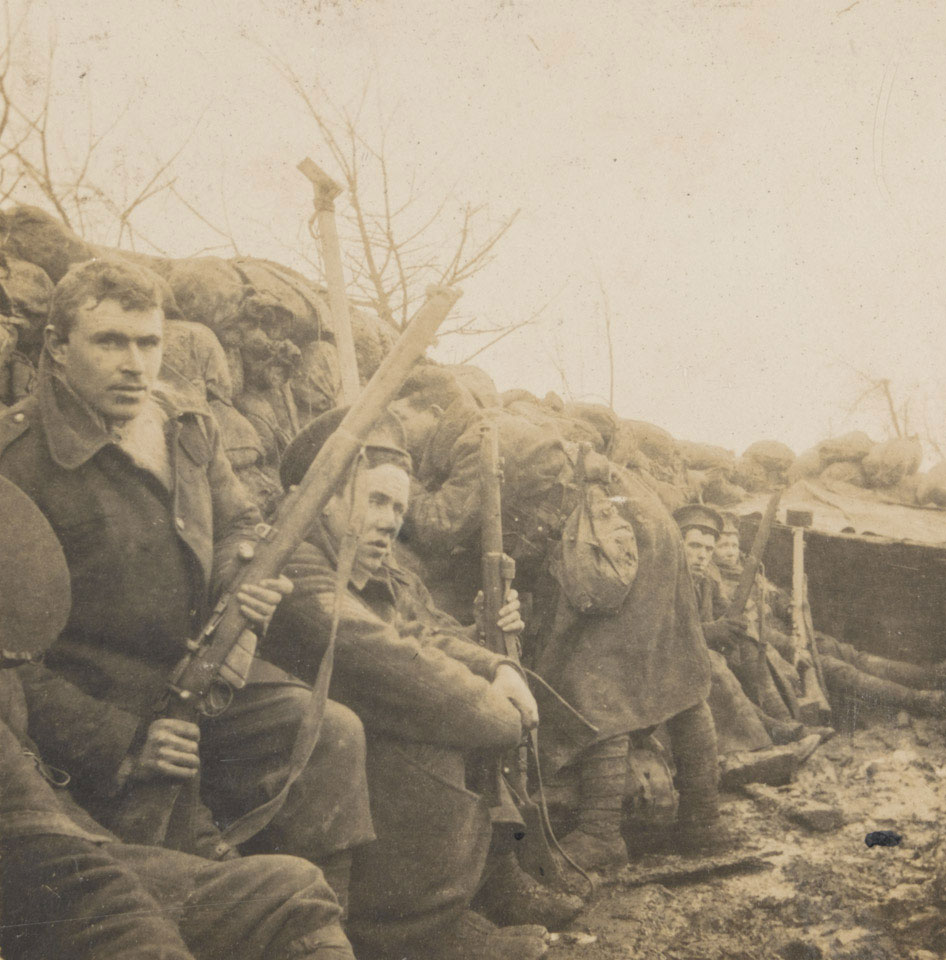 As this image demonstrates, the early trenches on the Western Front were built quickly and tended to be simple affairs. The bad weather during the winter of 1914-1915 and the destruction of pre-war drainage ditches by artillery bombardment also led to widespread flooding. No matter how cold or wet they were, the soldiers had to remain in the line.

Whitty was born in Cape Town in 1894 and gazetted into the Leinster Regiment in February 1913. He joined the 1st Battalion at Fyzabad the following September and after the outbreak of war returned with it from India to France. He was wounded during the retaking of St Eloi on 15 March 1915, an action in which his battalion distinguished itself. Mentioned in Desptaches for his gallantry and coolness, Whitty was awarded the Military Cross the following June. He later served on attachment with the Royal Flying Corps and was killed on 8 July 1916 when he was hit by anti-aircraft fire during a reconnaissance flight over enemy territory.

From a collection of 30 photographs collected by Captain J L Whitty, MC, IMC.