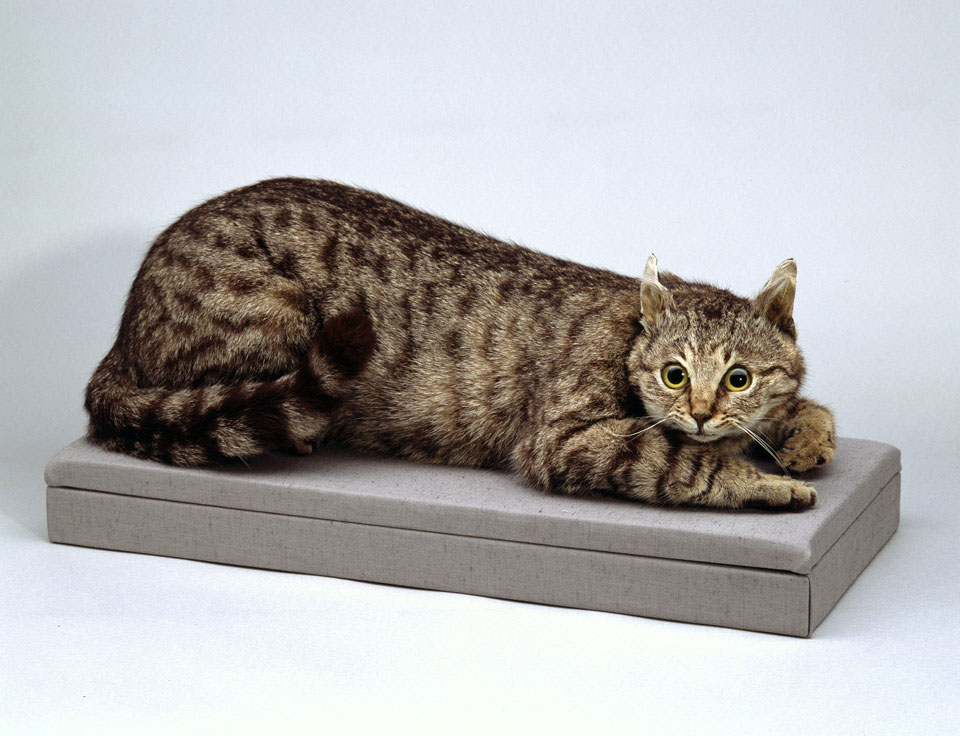 On 9 September 1855 after a year's siege, British and French forces entered the ruins of the Russian port of Sebastopol in the Crimea. They found the city filled with the dead and dying. Legend has it that one fortunate survivor was the cat, 'Crimean Tom', who was rescued from the devastated city by Deputy Assistant Commissary William Gair of the Field Train Department. He brought Tom back to England as a pet. Tom died on 31 December 1856 and his skin was stuffed and mounted.

Having a pet stuffed and mounted after death was a common Victorian way of remembering a beloved animal. Whether this particular stuffed cat is the famous survivor from Sebastopol is debatable as it was bought at Portobello Road market by Lady Compton Mackenzie in the 1950s.