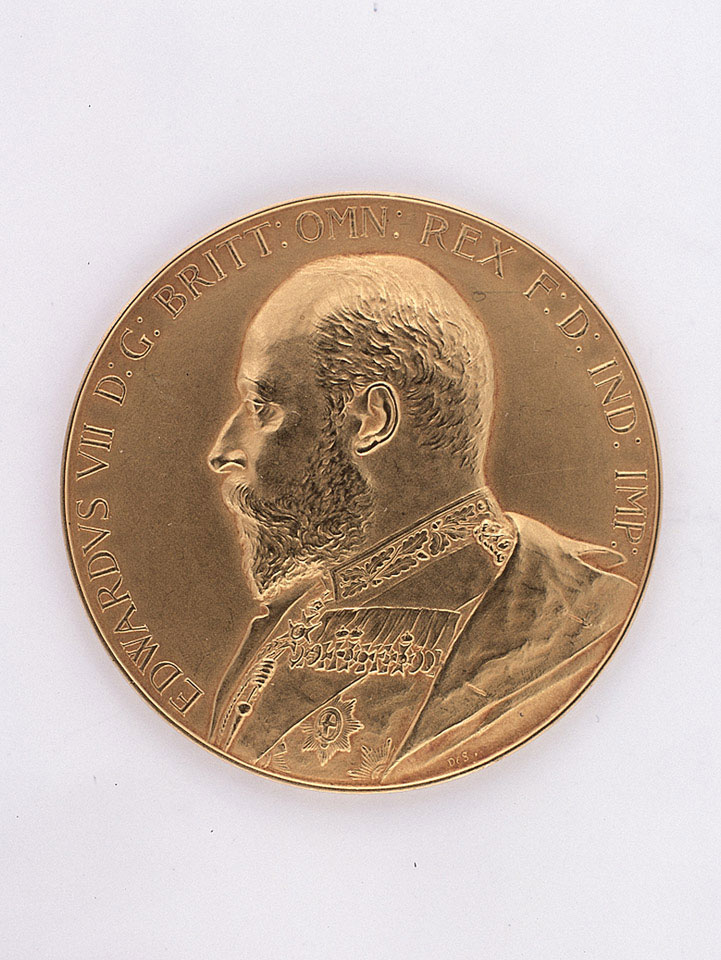 This gold medal bears a portrait bust of King Edward VII wearing the uniform of a General Officer. The recipient's name is engraved around the rim. Daniell was commissioned in January 1907, served with 20th Duke of Cambridge's Own Infantry (Brownlow's Punjabis) and died as a prisoner of war after the Siege of Kut (1915-1916) during World War One.

The King's/Queen's Medal is awarded to the Officer Cadet who gains the highest scores in military, practical and academic studies at Sandhurst.