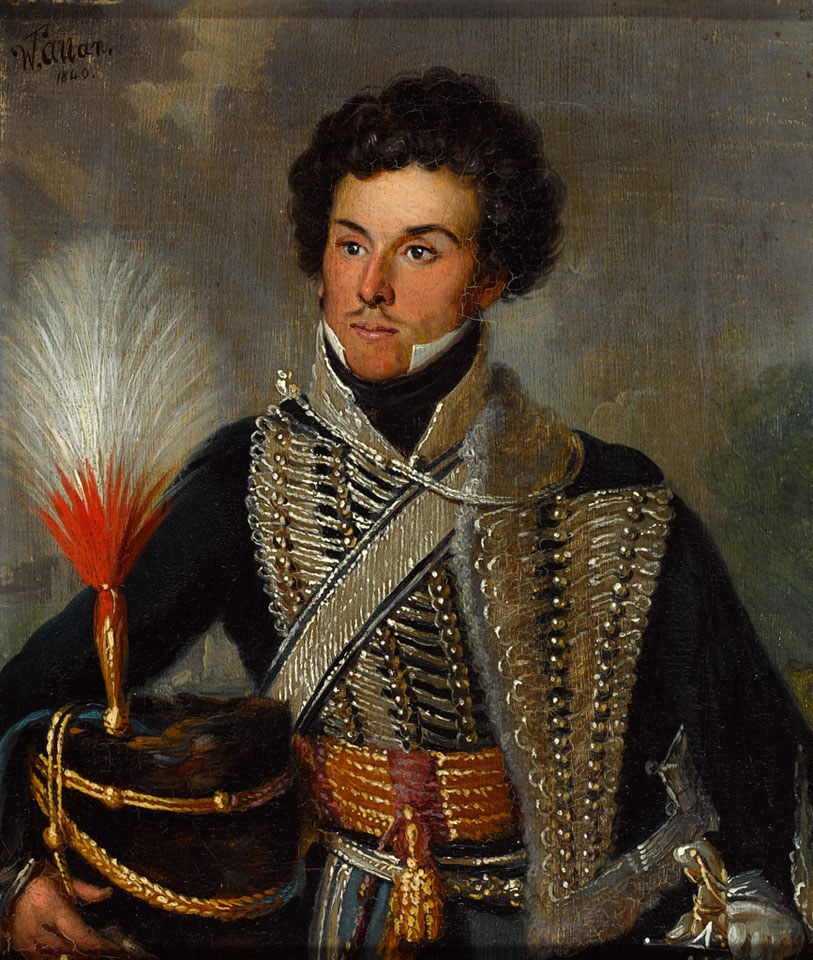 In 1815 the 18th (King's Irish) Regiment of (Light) Dragoons (Hussars) took part in the final campaign against Napoleon at Quatre Bras and Waterloo. It had previously served in the Peninsular (1808-1814) where it sustained heavy casualties, losing an entire squadron at the Battle of Vitoria in 1813. The regiment was disbanded in Ireland in 1821.