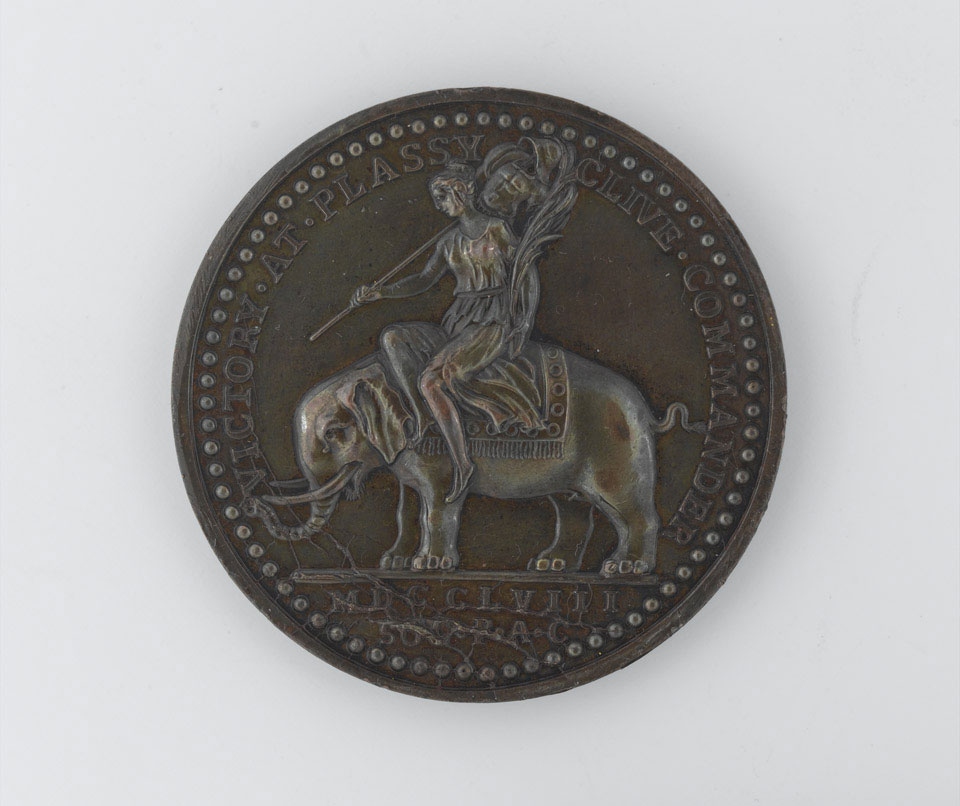 Produced by The Society for Promoting Arts and Commerce in 1758, the first of a number of medals to commemorate historical events.

This medal shows the figure of Victory bearing a trophy and palm branch, mounted upon an elephant. In Indian culture elephants have been symbols of imperial power and prestige since Alexander the Great's day. They are also important religious icons. Ganesh, the Hindu god of wisdom, has an elephant's head. Robert Clive and the British adopted this much-respected emblem. Elephants were also used as weapons by Indian armies. Their thick hides and protective armour made them extremely hard to kill or injure.

Elephants were used against Clive's forces at Plassey on 23 June 1757. That day, around 3,500 East India Company troops defeated an army of 50,000 under the French supported Nawab of Bengal Siraj-ud-daula. The battle only lasted a few hours. The outcome had been decided long before the soldiers came to blows. The aspirant to the Nawab's throne, Mir Jafar, had thrown in his lot with Clive. The result was that the wealthy province of Bengal passed into British hands. Mir Jafar, however, was soon sidelined. The Bengal treasury allowed the Company to strengthen its military might. It was transformed from a trading company into an imperial power.