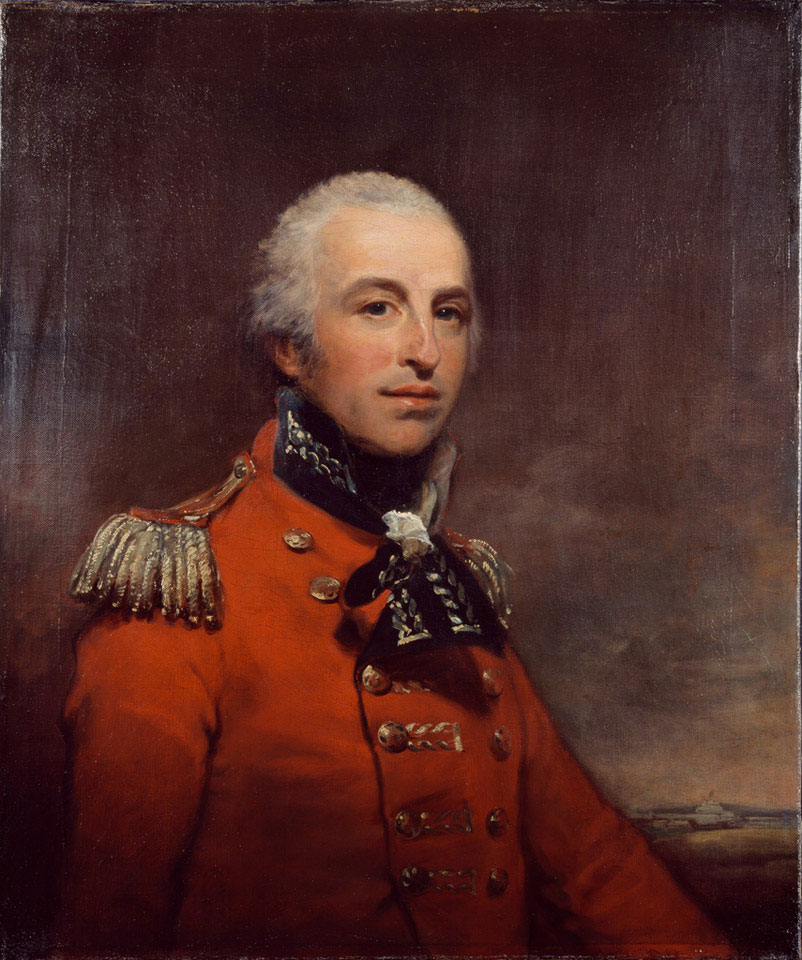 This painting shows Robertson (1762-1845) in front of Fort George, Inverness, where he was deputy governor for a number of years from 1808. He had served in India with the 71st Regiment of Foot from 1779 until the 1790s, taking part in a number of battles and sieges including those at Seringapatam in 1792, and the siege and capture of Pondicherry in 1793.