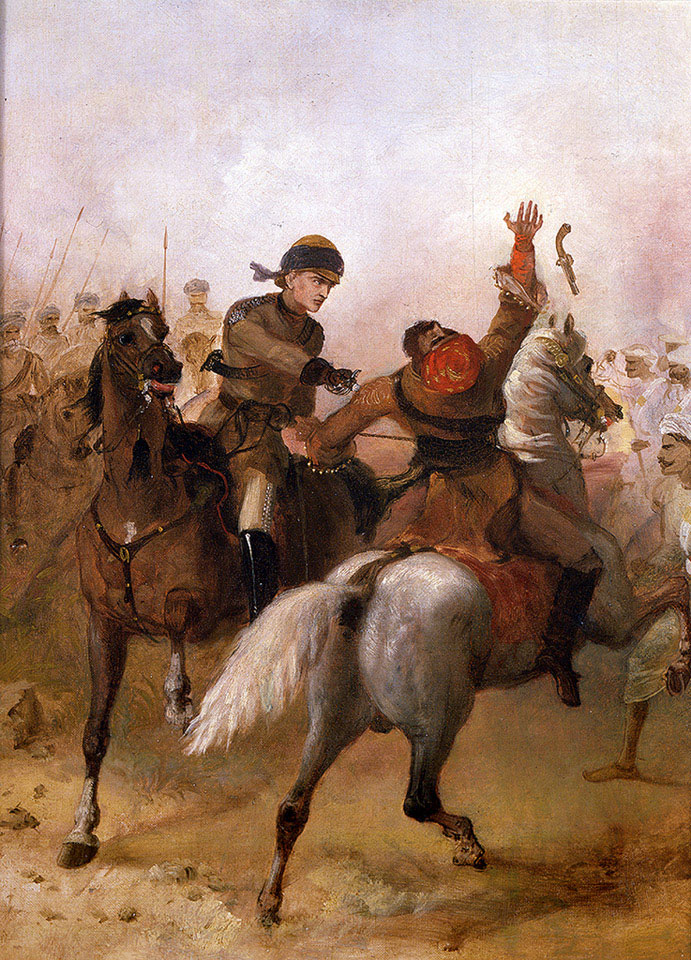 'Lieutenant Watson, with his own squadron and that under another lieutenant, came upon a body of rebel cavalry. The ressaidar in command of them, with about half-a-dozen, rode out and confronted Lieutenant Watson and in the fierce fighting which ensued the lieutenant received several disabling blows and cuts from tulwars. He continued to defend himself, however, until his own men joined in the melee and utterly routed the enemy'.