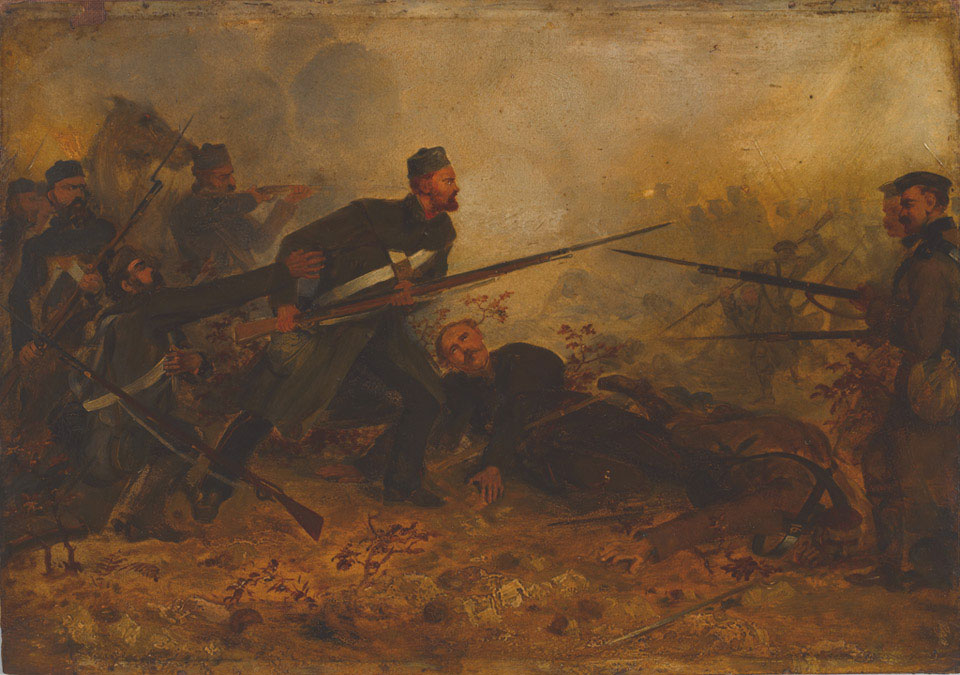 Private John McDermond, 47th (The Lancashire) Regiment of Foot, winning the VC by saving Colonel Haly at Inkerman, on 5 November 1854

Private McDermond (1832-1868) won the Victoria Cross (VC) for saving the life of Colonel Haly, his commanding officer, at the Battle of Inkerman on 5 November 1854. The colonel had been attacked and surrounded by a party of Russian soldiers when McDermond rushed to his rescue, killing the Russian who had already wounded Haly.

McDermond was presented with the VC by Major-General the Honorable Sir James Yorke Scarlett, KCB on the parade ground at Southsea on 12 March 1858. He died on 22 July 1868 in Glasgow.