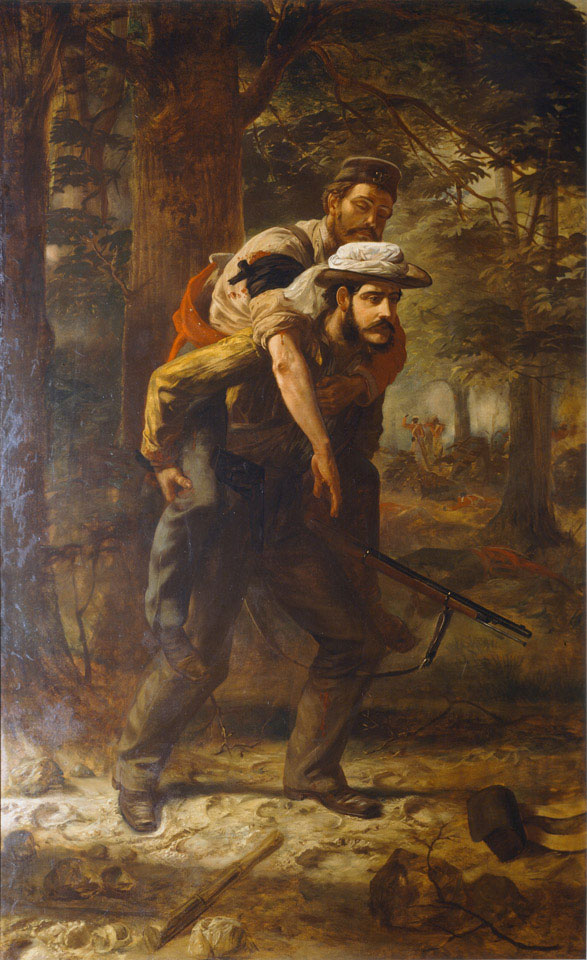 Mangles (1833-1905), an Assistant Magistrate at Patna, is depicted carrying Richard Taylor, a wounded soldier of the 37th (North Hampshire) Regiment on his back, following an ambush during the relief of Arrah. Mangles had volunteered his services to assist the relieving force and, when it came under attack on the night of 29 July 1857, despite his own wounds, lack of food and sleep, he carried the soldier out of the action for some five miles, even swimming a nullah to bring a boat back in which to transport him to safety. It has been suggested that, to emphasise the heroism of the deed, the artist has drawn on the traditional iconographical image of St Christopher.