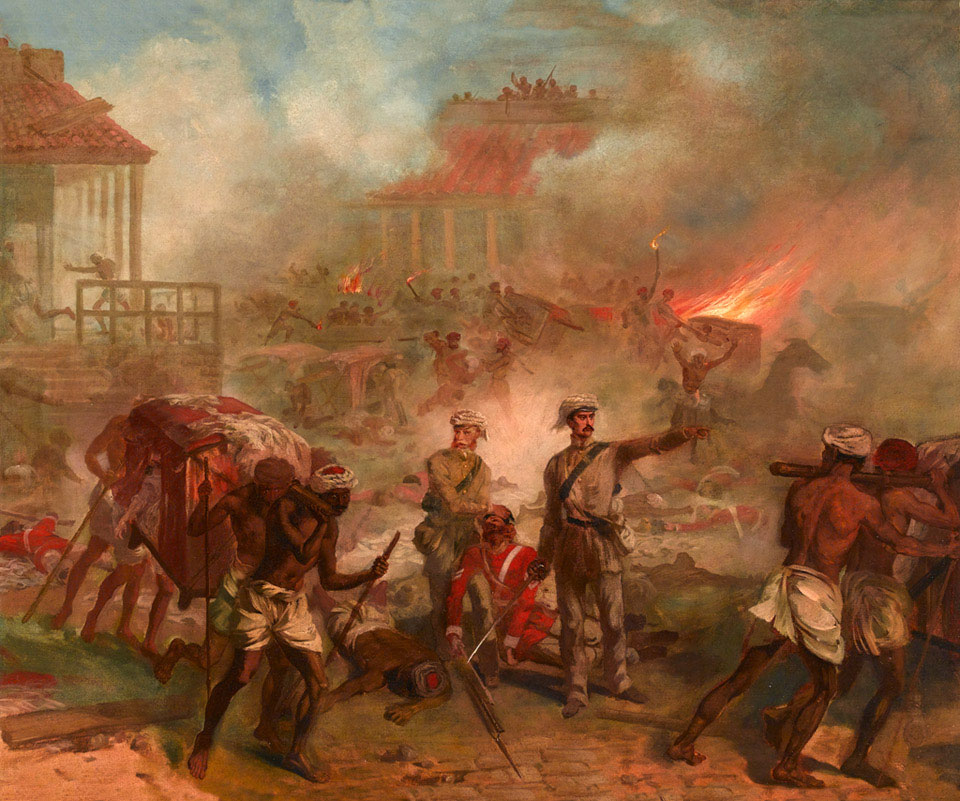 The desperate action at the British Residency at Lucknow saw some of the bloodiest fighting of the Indian Mutiny (1857-1859). Under siege from July 1857, a relief force fought its way into the city in September 1857 but the siege could not be lifted until November.

Surgeon Home (1826-1914) and Assistant-Surgeon Bradshaw (1830-1861) of the 90th Regiment of Foot (Perthshire Volunteers) (Light Infantry) were part of the relief force. For their bravery and good conduct they were both awarded the Victoria Cross. According to 'The London Gazette' of 18 June 1858:

'The dooly bearers had left the doolies (covered stretchers), but by great exertions, and notwithstanding the close proximity of the sepoys, Surgeon Home and Assistant-Surgeon Bradshaw, got some of the bearers together, and Assistant-Surgeon Bradshaw with about twenty doolies becoming separated from the rest of the party, succeeded in reaching the Residency in safety by the river bank.'