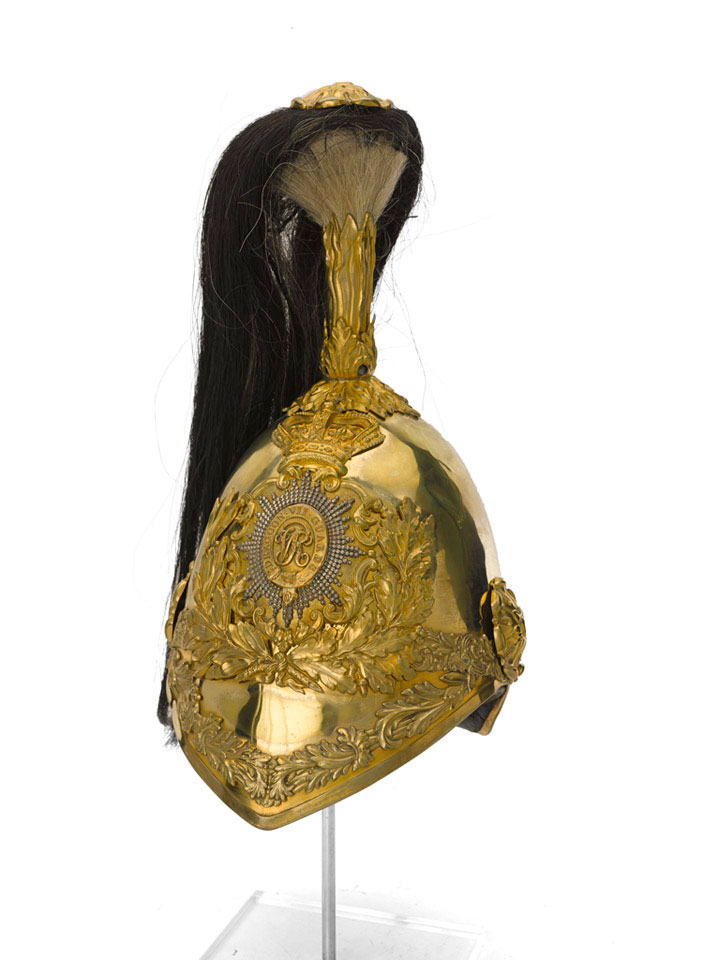 This helmet was worn by Major William Charles Forrest of the 4th (Royal Irish) Dragoon Guards during the Charge of the Heavy Brigade at the Battle of Balaklava. He reported, 'I got a crack on the head in one charge but the brass pot stood well, & my head is only slightly bruised'.

In 1844 Captain Forrest exchanged out of the 11th Hussars into the 4th (Royal Irish) Dragoon Guards, escaping Lord Cardigan's imperious command. During the Crimean War (1854-1856), Captain Forrest served as second-in-command of the 4th Dragoon Guards to Colonel Hodge. In his correspondence Forrest refers to his commanding officer as 'Little Hodge' (for at 16 Hodge had only been five foot one inch tall).

In 1863 Forrest received command of the 7th (Princess Royal's) Dragoon Guards. He was obviously very fond of this helmet for when he assumed command of the 7th Dragoon Guards he kept it, merely changing the badge and plume for that of his new regiment. In 1875 Forrest was appointed Companion of the Order of the Bath while Honorary Colonel of the 11th Hussars. He died in 1902.