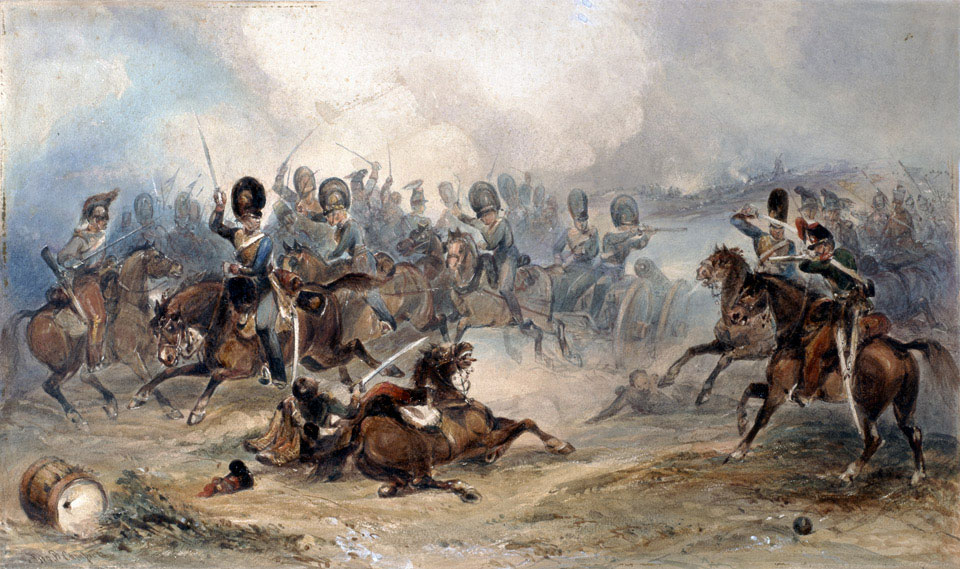 This work portrays Captain Norman Ramsay of the Royal Horse Artillery galloping his troop through the French Army to safety at the Battle of Fuentes d'Onoro (3-6 May 1811). The latter engagement saw an Anglo-Portuguese army under the command of Viscount Wellington check Marshal Massena's attempt to relive the besieged town of Almeida. According to legend, Ramsay's entire troop fought their through French chasseurs after being overrun. In reality, only a section of two guns who had stopped to fire at the French, were surrounded while limbering up. They were rescued by men from the 1st Royal Dragoons and 14th Light Dragoons who escorted them back. Without their timely arrival the gun section would have been doomed.