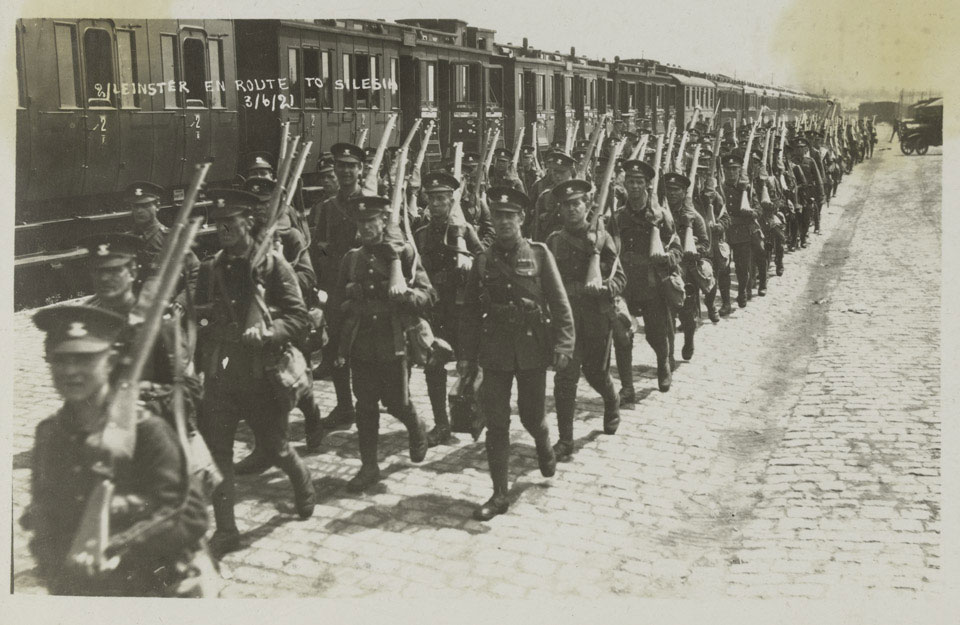 Following its wartime service on the Western Front, the 2nd Battalion briefly returned to England in 1919 before being deployed for three years of occupation duties in the German town of Oppeln in Upper Silesia (now Opole in southern Poland). The Leinster Regiment recruited from five Irish counties, all of which became part of the Irish Free State in 1922. The regiment was therefore disbanded that year.