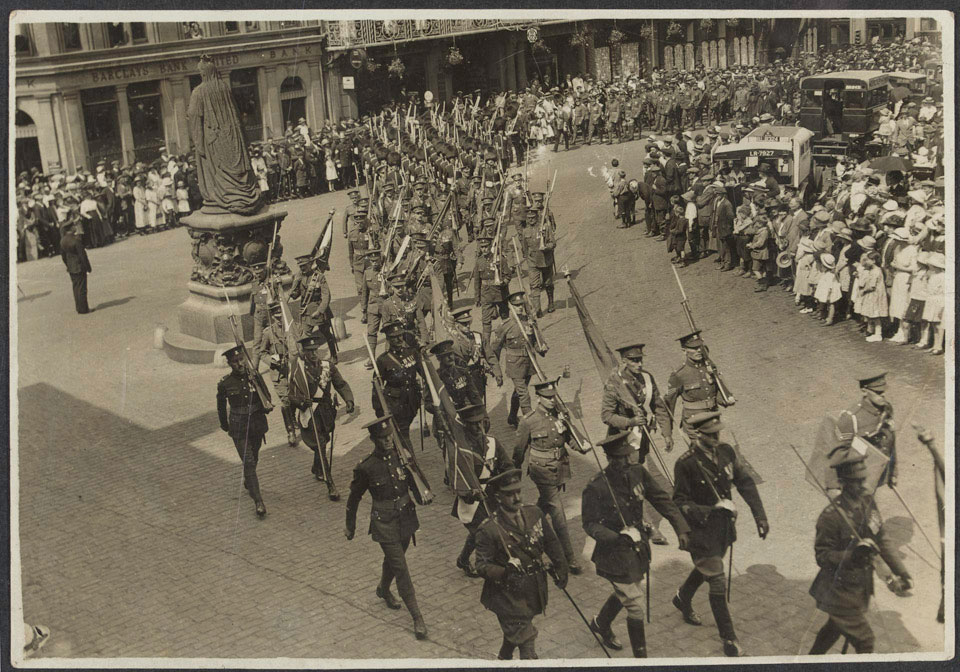 Colour party carrying the colours of the Irish regiments marching past the statue of Queen Victoria, Castle Hill, Windsor, on the occasion of the their disbandment, 12 June 1922

On 12 June 1922 a special ceremony was held in Windsor Castle to mark the disbandment of the six regiments which had traditionally recruited in the south of Ireland. In the presence of King George V, the colours of the Royal Irish Regiment, the Connaught Rangers, the Princes of Wales's Leinster Regiment (Royal Canadians), the Royal Munster Fusiliers and the Royal Dublin Fusiliers, together with a commemorative plaque representing the South Irish Horse, were laid up in the castle's St George's Hall.