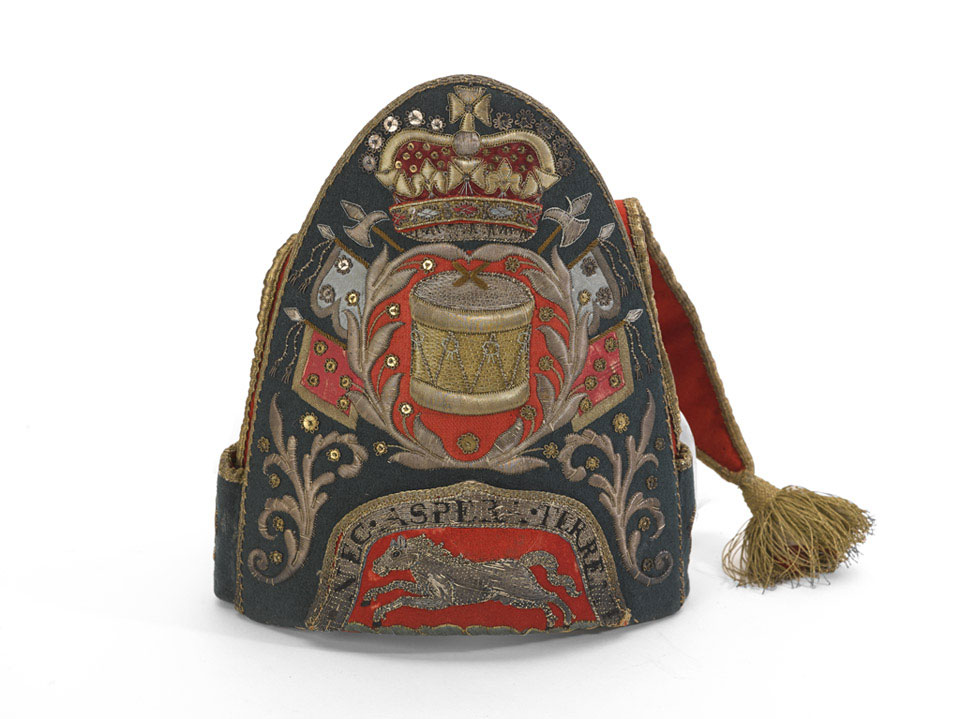 Embroidered caps were worn by certain types of cavalry. In 1678 each of the troops of Horse Guards had a troop of horse grenadiers added who wore a cap similar to those worn by infantry grenadiers.

The glamourous appearance of the grenadier cap was exploited by the cavalry drummers whose uniform was more ornate and spectacular than that worn by the officers and men.

This cap was collected by Lieutenant-Colonel Antony P Lefroy who served with the 13th Dragoons as a captain and major between 1755 and 1783.