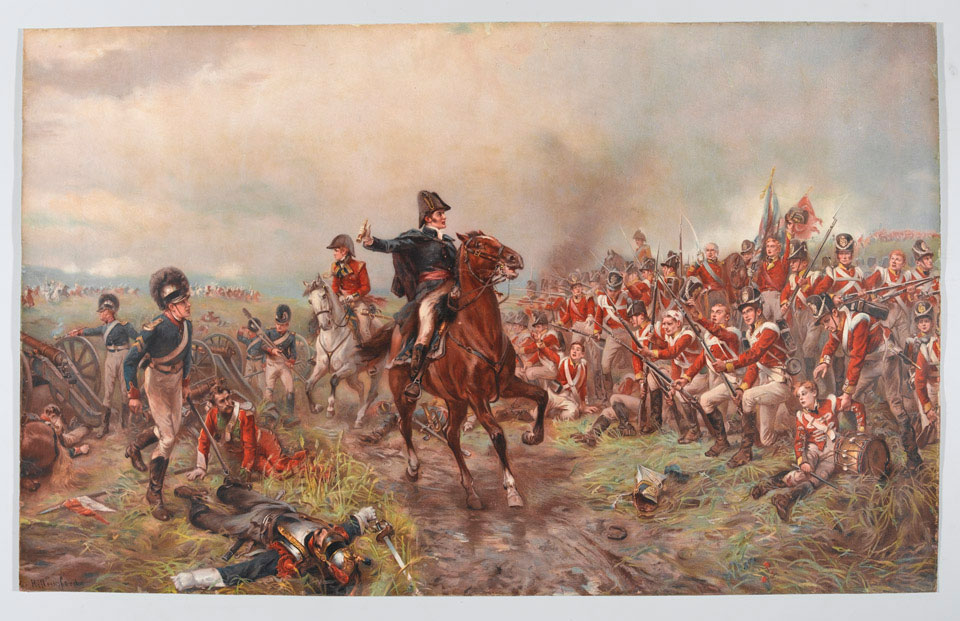 The Battle of Waterloo on 18 June 1815 was the last great battle of the Napoleonic Wars (1803-1815) and marked the end of France's attempt to dominate Europe. The Allied commander-in-chief at the battle, the Duke of Wellington, called it 'the nearest run thing you ever saw in your life', a reference to a victory that was in doubt all day until the arrival of Field Marshal Blucher's Prussian Army.

In this print, Wellington is depicted addressing a British infantry square while the guns of the Royal Horse Artillery are visible to the left.