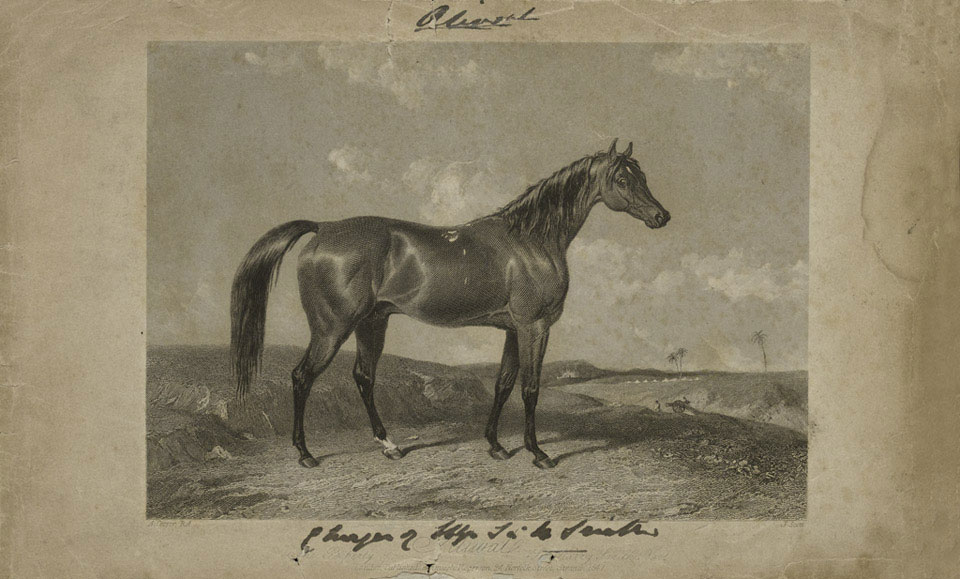 Aliwal (1837-1859) was the mount of Lieutenant-General Sir Harry Smith. The epitaph written by Sir Harry Smith for the gravestone of his horse Aliwal tells his story:

'Near this stone is buried Sir Harry Smith's celebrated Arab charger of the Purest Blood. "Aliwal". Sir Harry rode him in the battles of Maharajpore, Moodkee, Ferozeshahur [sic], Aliwal, and Sobraon. He was the only horse of the General Staff that was not killed or wounded. He came from Arabia to Calcutta, thence to Lahore; he had marched nearly all over India; came by ship to England, thence to the Cape of Good Hope and back to England. He was twenty-two years' old; never was sick during the eighteen years in Sir Harry's possession. As a charger, he was incomparable, gallant and docile; as a friend, he was affectionate and faithful.'