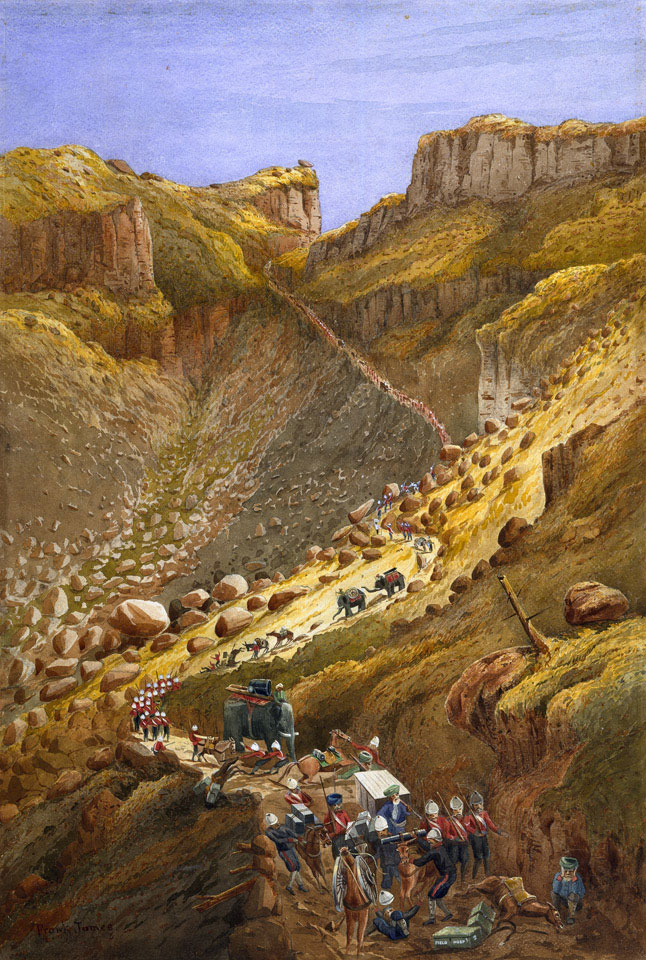 A column of British and Indian troops including an Elephant Battery make their way down the steep road in the Chetta (Jedda/Jidda) Ravine. The road had been built by Emperor Tewodros II (or King Theodore) of Abyssinia through the Chetta Ravine to get his heavy guns to his stronghold of Magdala. It had a gradient of 975 metres and was 7.24 km long with slopes of up to 45 degrees in places.

In April 1868, when Lieutenant-General Sir Robert (later Field Marshal Lord) Napier's force had reached this ravine, Tewodros II was preparing to defend Magdala and prevent the rescue of the British hostages whose detention had been the cause of the war.