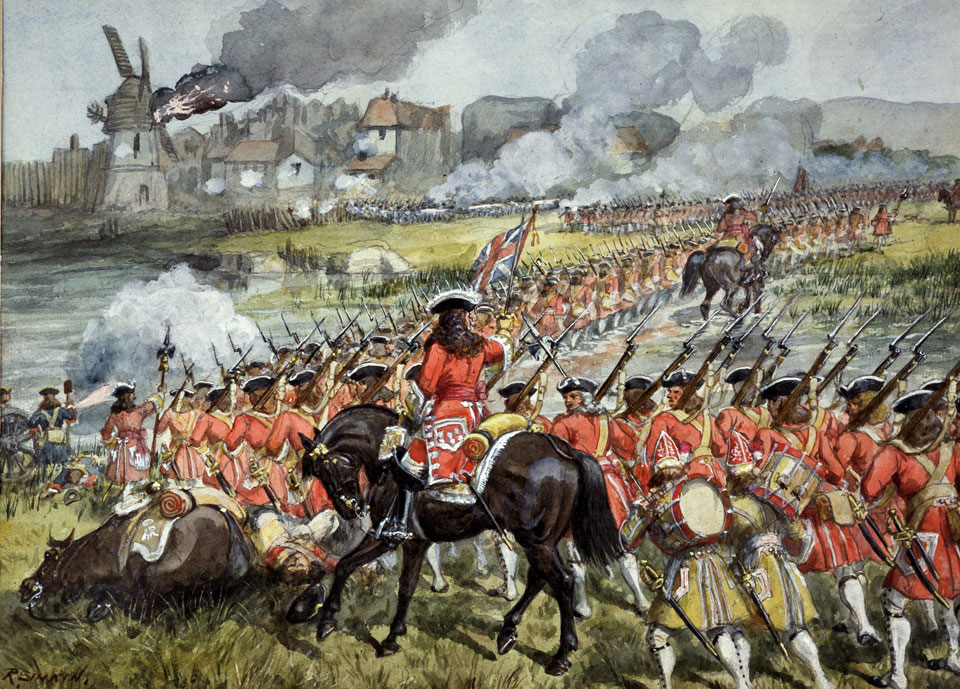 In 1704, in order to stop a French advance on Vienna, the Duke of Marlborough marched his army 563 km (350 miles) from the Spanish Netherlands to the Upper Danube. After five weeks of marching he joined forces with Prince Eugene of Savoy's Imperial army. On 13 August 1704, they engaged Marshal Tallard's Franco-Bavarian army at Blenheim.

Marlborough used his British infantry to attack the French right wing, drawing enemy reinforcements away from the centre. He then smashed through the weakened French centre with a large force of cavalry. At the cost of 12,000 men, Marlborough had inflicted a crushing defeat on the Franco-Bavarians who suffered about 35,000 casualties, including 14,000 prisoners. Bavaria was knocked out of the war.