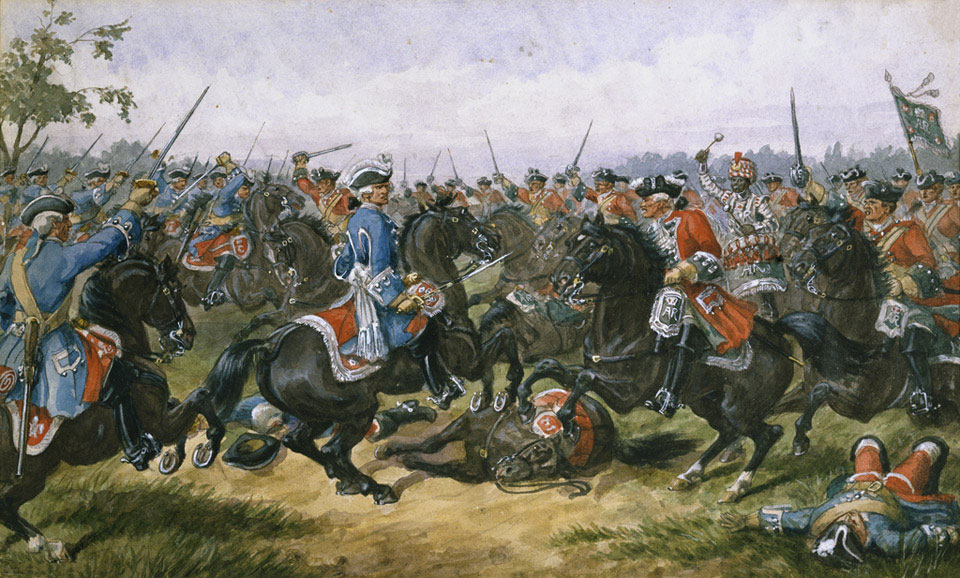 The Battle of Malplaquet in 1709 was the bloodiest engagement of the War of the Spanish Succession (1702-1713). Malplaquet lies close to the French border, about nine miles (15km) from the Belgian town of Mons. It was here, on 11 September 1709, that an Allied army commanded by the Duke of Marlborough and Prince Eugene, engaged a French army under Marshal Villars. The French occupied a strong defensive position, but after desperate hand-to-hand fighting the Allies won the day at a cost of over 20,000 men.

These were some of the heaviest casualties seen in 18th century warfare and Marlborough's popularity declined as a result. The Allies had suffered so many casualties that they were prevented from marching on Paris, so the battle was a strategic victory for France.