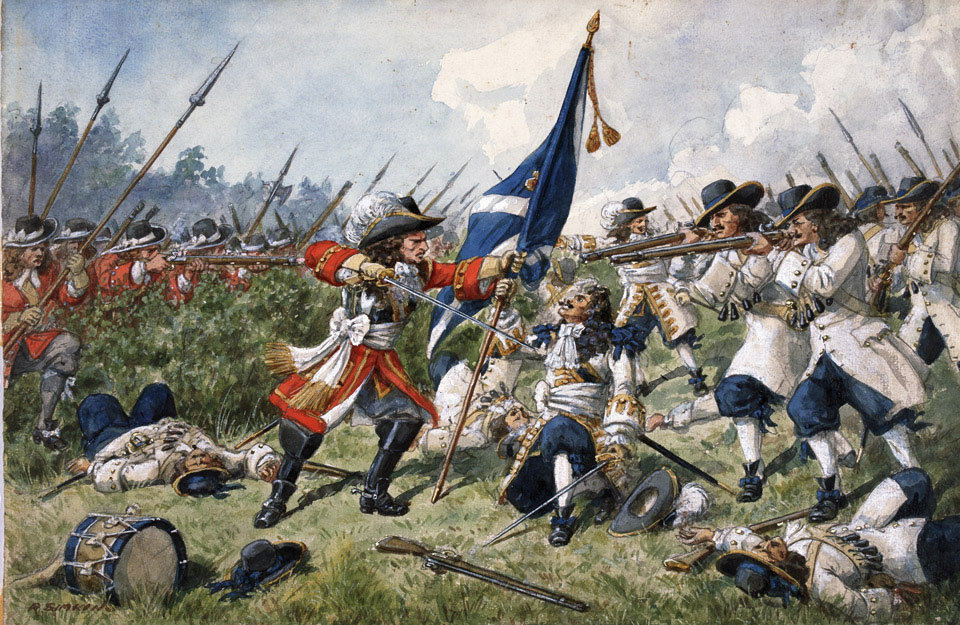 Fought on 3 August 1692, Steenkirk was a French victory during the Nine Years War (1689-1697). This work depicts Colonel Sir Robert Douglas of the Royal Regiment (later the Royal Scots) running through a French officer with his sword.