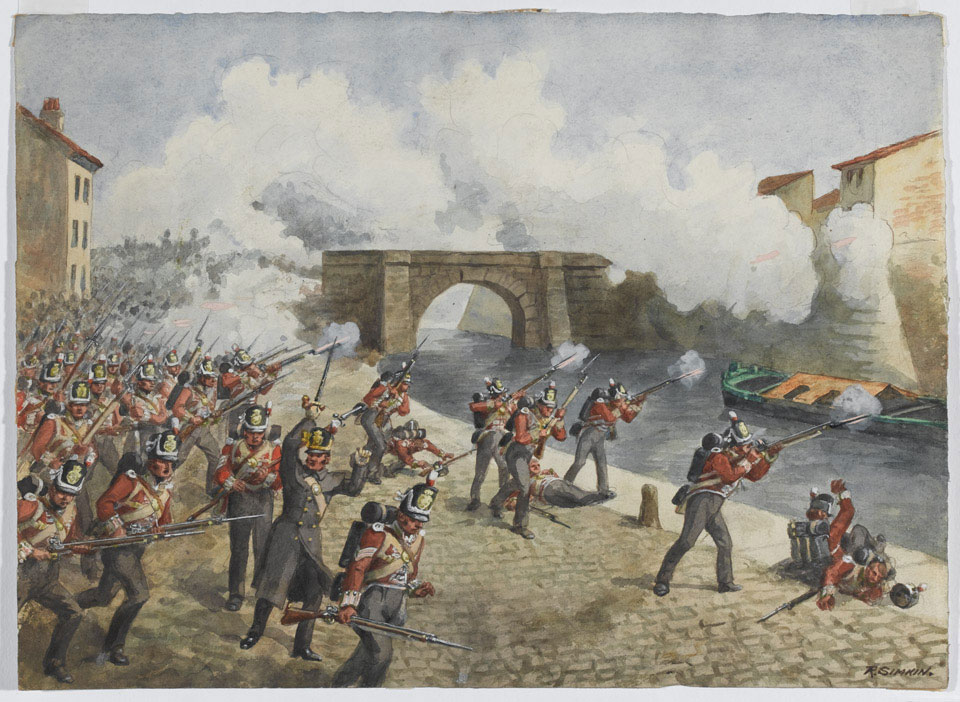 The Battle of Toulouse was the last major engagement of the Peninsular War (1808-1814) and took place four days after Napoleon's surrender to the nations of the Sixth Coalition. The Marquess of Wellington and Marshal Soult did not know that the war was over when they fought the battle as news of the Emperor's abdication had not reached them.