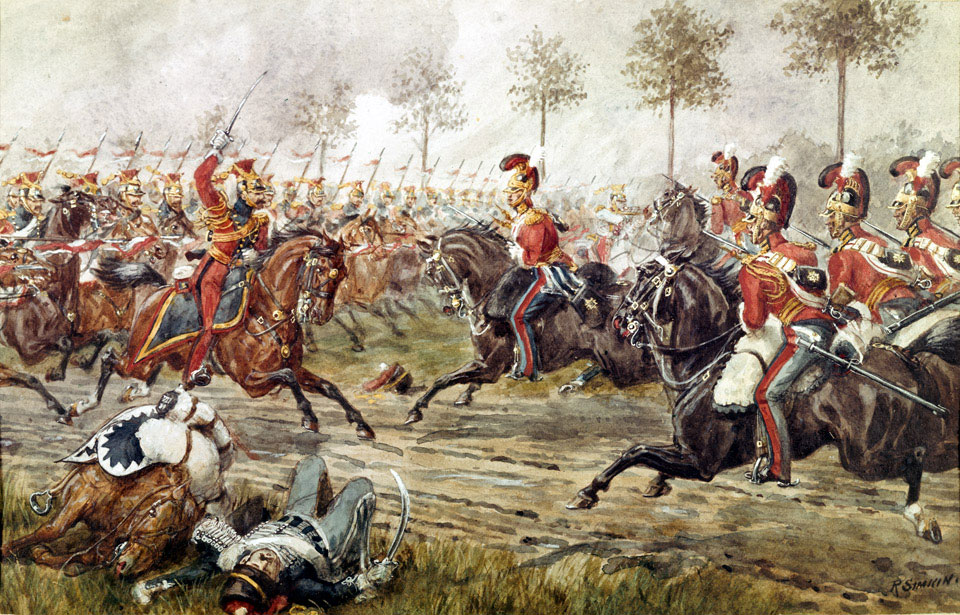 This work depicts the charge of the 1st Life Guards at Genape on 17 June 1815. This was a brief cavalry skirmish that occurred during the French pursuit of Wellington's army after Quatre Bras. Both the 1st and 2nd Life Guards were part of Major-General Lord Somerset's Household Brigade. At Waterloo the following day they took part in the famous charge against Marshal D'Erlon's Corps. The brigade destroyed several infantry formations, but despite attempts to recall them, continued to advance, eventually finding themselves at the bottom of a hill on blown horses. They were then subjected to a severe mauling by French lancers and cuirassiers.